To mark the 70th birthday of Prime Minister Narendra Modi, the Coimbatore youth wing of the BJP party in a week-long celebration prepared a 70-kg laddoo

To mark the 70th birthday of Prime Minister Narendra Modi, the Coimbatore youth wing of the BJP in a week-long celebration prepared a 70-kg laddoo, offering it as a part of the Ayush Homa ceremony this morning.

Led by the Coimbatore Youth Wing, the 70-kg laddoo was prepared by the members themselves and was taken to Sri Kamatchi Amman Temple for the Ayush Homa ceremony and distributed among people.

“We are conducting a week-long celebration to mark the 70th birthday of our Prime Minister Narendra Modi. Today we offered our prayers wishing the PM to have a long, happy life, by offering prayers with a 70 kg laddoo. We have more activities lined up throughout the week-including a blood-donation drive,” says Coimbatore’s Dist General Secretary BJP Youth wing A.Krishnaprasath.

As part of the ‘Seva Saptah’ celebrations, BJP youth wing in the district have engaged themselves in different events including ration distribution amongst the needy, organising blood donation camps and eye-check up camps. 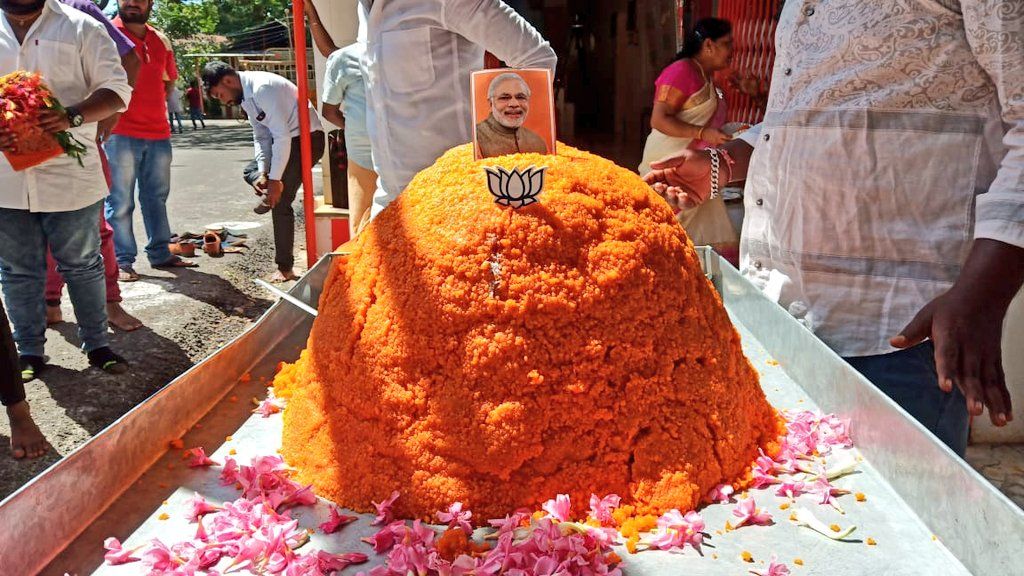