The National Herald newspaper on Sunday first changed the headline of an article that attracted criticism, then offered an apology and subsequently deleted it.

The National Herald newspaper, closely associated with Congress party, apologised on Sunday for its article titled ‘Why a devout Hindu will never pray at the Ram Temple in Ayodhya'. It stated that there was no intention to hurt the sentiments of any group. Furthermore, it clarified that the views reflected in the article were the personal views of the author. Thereafter, the article was deleted as well.

We apologise if the article ‘Why a devout Hindu...’ hurt anyone or any group’s sentiments. The views expressed in the article are author’s personal views and do not reflect those of #NationalHerald https://t.co/J1r9GlsVHv

The article in question was an opinion piece penned by journalist Sujata Anandan, in which she referred to the Babri Masjid demolition and opined that two wrongs did not make a right. She also fearmongered about the Supreme Court’s verdict in the Ayodhya case encouraging barbarism of the mobs. Anandan contended that as a devout Hindu, she would never visit or pray at the proposed temple in Ayodhya.

After the piece drew flak on social media, National Herald initially simply changed the headline of the piece. The headline then read- ‘Strangely, Bal Thackeray wanted a school or a hospital at the disputed site in Ayodhya’. However, the text of the article remained unchanged. The apology post came hours after this change was effected. 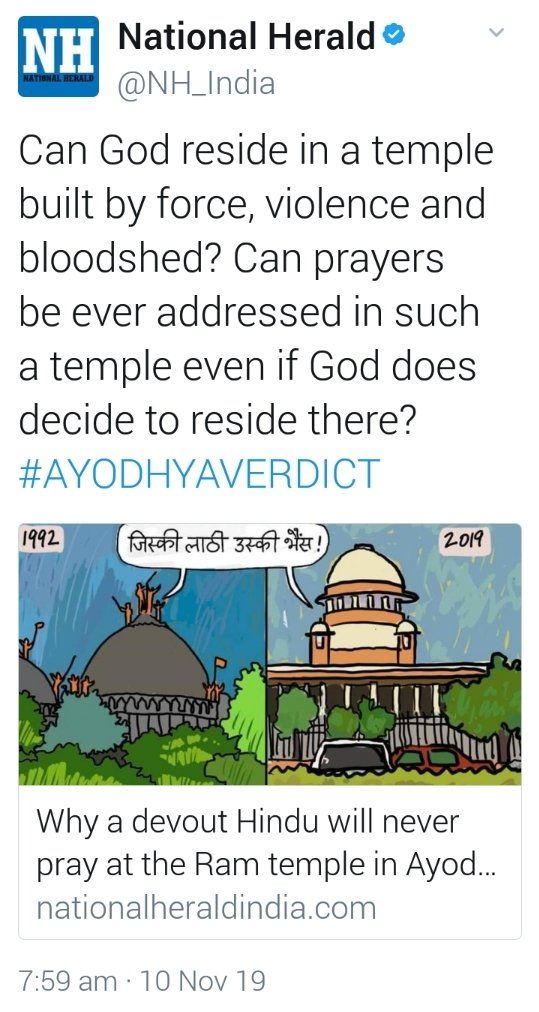 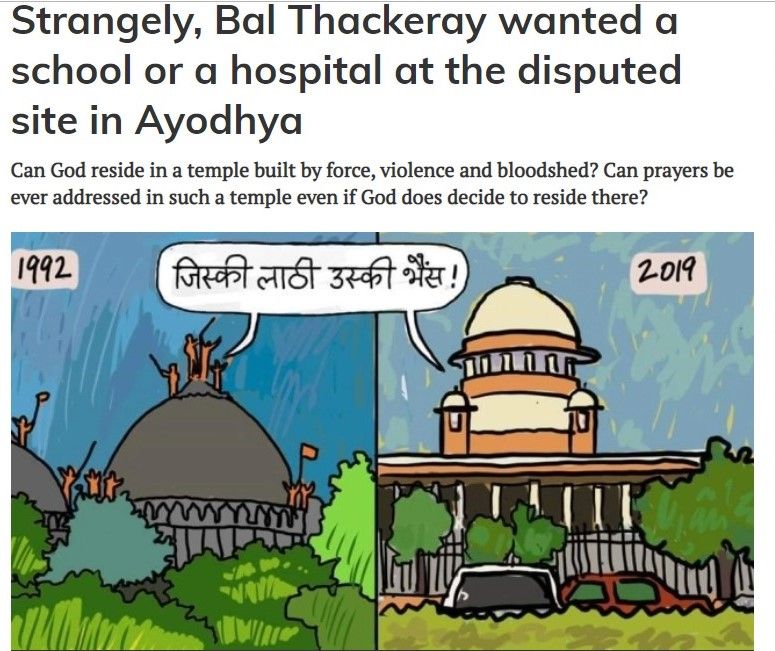 Earlier in the day, BJP national spokesperson Sambit Patra on Sunday slammed the National Herald for publishing an article that belittled the Supreme Court (SC) on the Ayodhya verdict. It was an opinion piece written by Amnesty International India's Executive director Aakar Patel titled ‘Why the Ayodhya verdict reminds us of the Supreme Court of Pakistan’. Patel observed that the 'Supreme Court of India has ruled exactly what Vishwa Hindu Parishad and Bharatiya Janata Party wanted'. He also compared the Ayodhya verdict to Pakistan's SC backing Pakistan Governor-General Ghulam Muhammad dismissing the Pakistan Constituent Assembly in 1945. Subsequently, even this piece has been deleted.