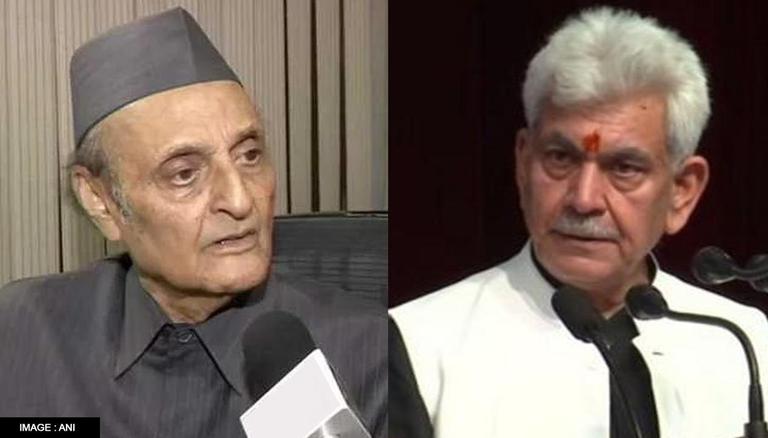 
Senior Congress leader Dr Karan Singh on Friday wrote to Lieutenant Governor of Jammu and Kashmir, Manoj Sinha, to name new terminal building of Jammu Airport after Maharaja Hari Singh, his father and the last ruling king of the princely state of J&K.

In his letter to the LG, Singh stated, "As you know the Jammu airport was first constructed by my father Maharaja Hari Singh for his private plane and was used for several years. Now that the airport has been greatly extended and the new Terminal building is coming up, I feel it would be appropriate if the new building is called the Maharaja Hari Singh Terminal."

He added, "I wrote to the Minister of Civil Aviation Shri Jyotiraditya Scindia who said that the request can be considered on the recommendation of the State Government, duly supported by a Resolution passed in the State Legislative Assembly. As we do not have a Assembly at present, perhaps you may like to make a recommendation to the Ministry. I am sure this will be greatly appreciated by the people of Jammu."

Meanwhile, on October 8, the J&K government approved the transfer of state land measuring over 900 Kanal in favour of Airport Authority of India (AAI) free of cost for the establishment of a new terminal at the Jammu Airport.

In a significant decision, the Administrative Council (AC) which met under the chairmanship of Lieutenant Governor Manoj Sinha gave nod to transfer of state land measuring 974 Kanal 2 Marla at Rakh Raipur village in Jammu in favour of Airport Authority of India (AAI), free of cost, for the establishment of new terminal at Jammu Airport, an official spokesman said.

Establishment of new terminal will significantly enhance the capacity of the Jammu Airport in handling air traffic, which will boost tourism, economy and generate employment opportunities, he said.