Congress leader Priyanka Gandhi Vadra, who has been in Lucknow since September 18, will participate in a 'Pratigya Yatra' in Uttar Pradesh from October 7 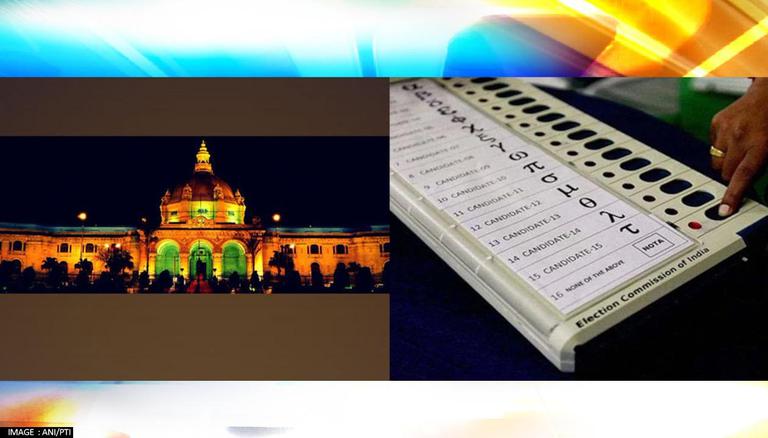 
A Screening Committee of the Indian National Congress constituted for the upcoming state Assembly elections in Uttar Pradesh assembled for a meeting in Lucknow, on Thursday, to discuss the party's poll strategy and planning.

All India Congress Committee (AICC) general secretary Bhanwar Jitendar Singh led the meeting at the party's state headquarters in Lucknow. News agency ANI, citing a top source from the Uttar Pradesh Congress, reported that the meeting decided that the first candidate list for the election will be finalised shortly and forwarded to the AICC's Central Election Committee.

Priyanka Gandhi Vadra, Deepender Singh Hooda, Varsha Gaikwad, Ajay Singh Lallu, Aradhna Mishra Mona, Rohit Chaudhry, Dheeraj Gujjar, and other members of the Committee were among those who attended the meeting. The Congress party, in the upcoming election, is expected to publish its list of candidates much before the scheduled deadline. The Uttar Pradesh state elections are scheduled for early 2022.

Congress' preparation for UP Assembly polls

Priyanka Gandhi Vadra has been camping in Lucknow since September 18. She visited leaders of various minor parties on Thursday to discuss coalition strategies. She also met with organisations from different sectors of society. The Congress leader is also expected to lead the "Pratigya Yatra," which will begin on October 7 and include public demonstrations in Meerut, Gorakhpur, and Prayagraj, according to sources.

“Although the poll dates have not been announced, we are committed to fighting the elections to win. We are announcing the list much before the time so that the candidates get enough time to reach out to voters,” ANI quoted a source as saying. At many levels, Congress has started preparing for the election. The party workers training program with the slogan  "Prashikshan se parakram tak" has already completed two stages at the district and block divisions.

Senior Congress leader Salman Khurshid has been given the responsibility of preparing a "People's Manifesto," which would outline the party's strategy for the state. Congress leaders Supriya Shrinate, Rohit Chaudhry, and Dheeraj Gurjar are touring several districts throughout the state and interacting with diverse sectors of the community.

READ | In Punjab crisis, Congress asks Channi to give in to Sidhu's demand; 'Change DGP & AG'

The Bhartiya Janata Party (BJP) had won 312 Assembly seats in the 2017 Assembly elections with a clear victory. In the polls for the 403-member Assembly, the party received 39.67% of the vote. The Samajwadi Party had won 47 seats, the BSP 19, and the Congress had won only seven.