In a statement, Moily said the biggest reason for coal shortage is the increasing power demand over the years. 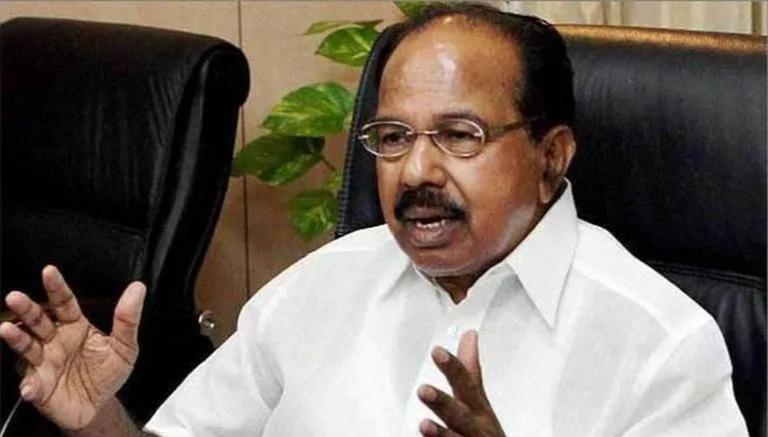 
Amid reports of power shortage in various states, senior Congress leader M Veerappa Moily on Monday attacked the Centre, saying the coordination between power, coal and railway ministries is at its lowest ebb and due to it the common people are suffering.

Peak power shortage rose swiftly last week from single digit of 5.24 GW on Monday to touch double digit of 10.77 GW on Thursday showing effects of various factors like low coal stocks at generation plants, heatwave and other issues on the deepening electricity crisis.

In a statement, Moily said the biggest reason for coal shortage is the increasing power demand over the years.

States blame the sharp rise in global coal prices, which affects plants that use imported coal, and the shortage of railway rakes, he said.

While the states have blamed poor supply of coal for the power crisis, the Centre has blamed the opposition-ruled states such as Maharashtra and Tamil Nadu for failing to pay dues to Coal India, and Indian Railways, which provides rakes to supply coal from mines to power stations, he said.

The situation may become worse in September-October if the power companies are not able to stock coal before the arrival of the monsoon, which typically disrupts coal mining and supply, the former Union minister said.

States rich in coal reserves such as West Bengal, Bihar, Jharkhand and Odisha have alleged that they have been financially deprived because the NDA government amended old laws that entitled states to royalty on coal, he said, noting that the money goes to the Centre.

"The coal minister has stated that coal is available. But the power sector is starving. Who is to be blamed? It reminds me of a quote  'water, water everywhere, but not a drop to drink'," Moily said.

Coordination between power, coal and railway ministries is at the lowest ebb and the common people are suffering, he alleged.