Hours after Delhi CM Kejriwal ordered an FIR to be filed against maulana for leading a congregation in West Nizamuddin, the Markaz Nizamuddin issued a statement

Hours after Delhi CM Arvind Kejriwal ordered an FIR to be filed against the organisers for leading a mid-March congregation in West Nizamuddin, the Markaz Nizamuddin issued a statement claiming that it had not breached the lockdown rules. After Delhi witnessed 87 coronavirus cases, Nizamuddin emerged as a hotspot as a religious meeting was held at Markaz by the Markaz Nizamuddin earlier this month. Several COVID-19 positive cases have been found among those who attended the gathering, with many even passing away.

The Markaz Nizamuddin, in its statement, claims that it had discontinued the religious programme as soon as PM Modi made the announcement about the Janta Curfew and that many of the event's attendees were stuck due to discontinuation of the transport services as Delhi govt had announced a lockdown earlier. The statement goes on to claim that no laws were violated by the congregation, in contravention to the Delhi govt's view that its prevailing orders at the time should have stopped the gathering in its tracks. Here is the statement released by the Tablighi Jamaat: 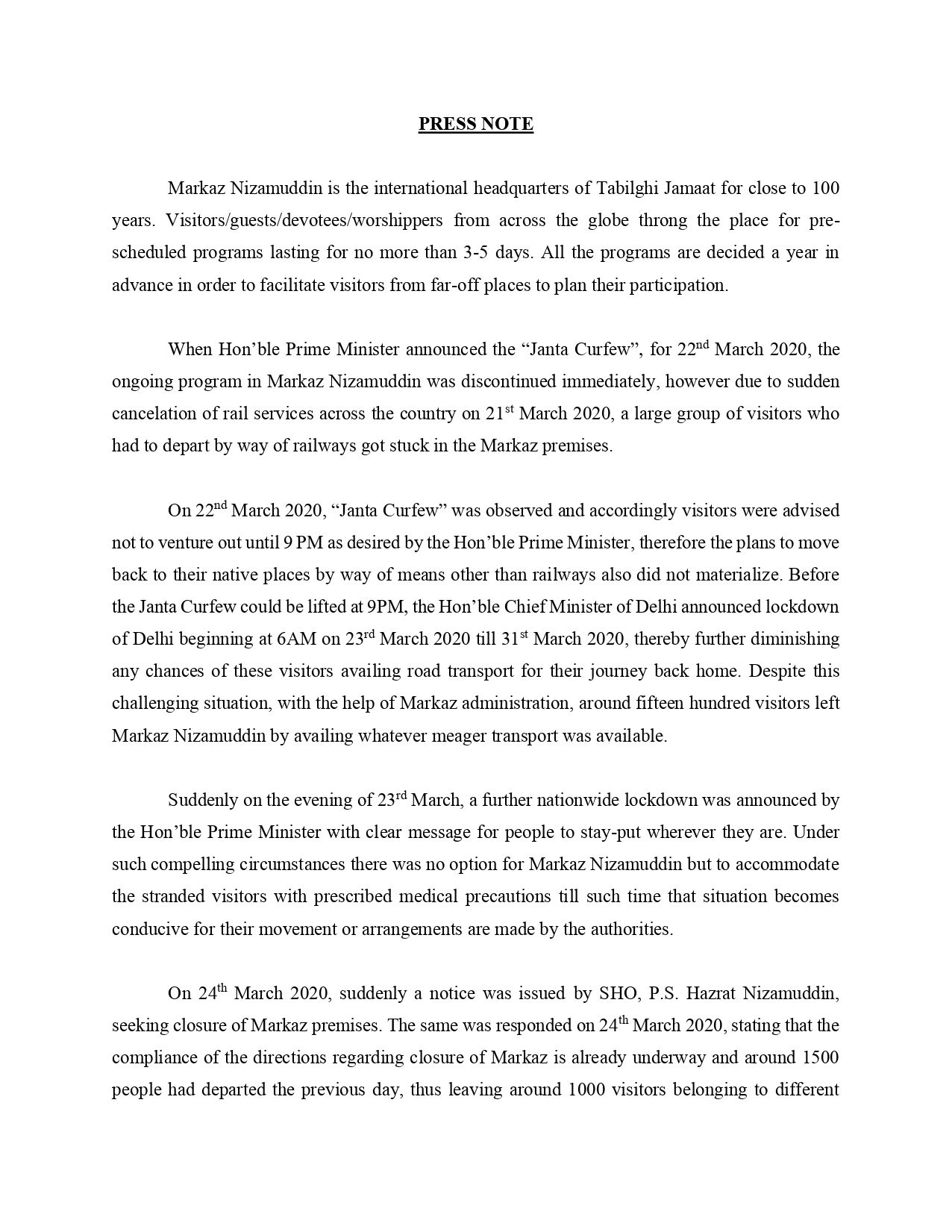 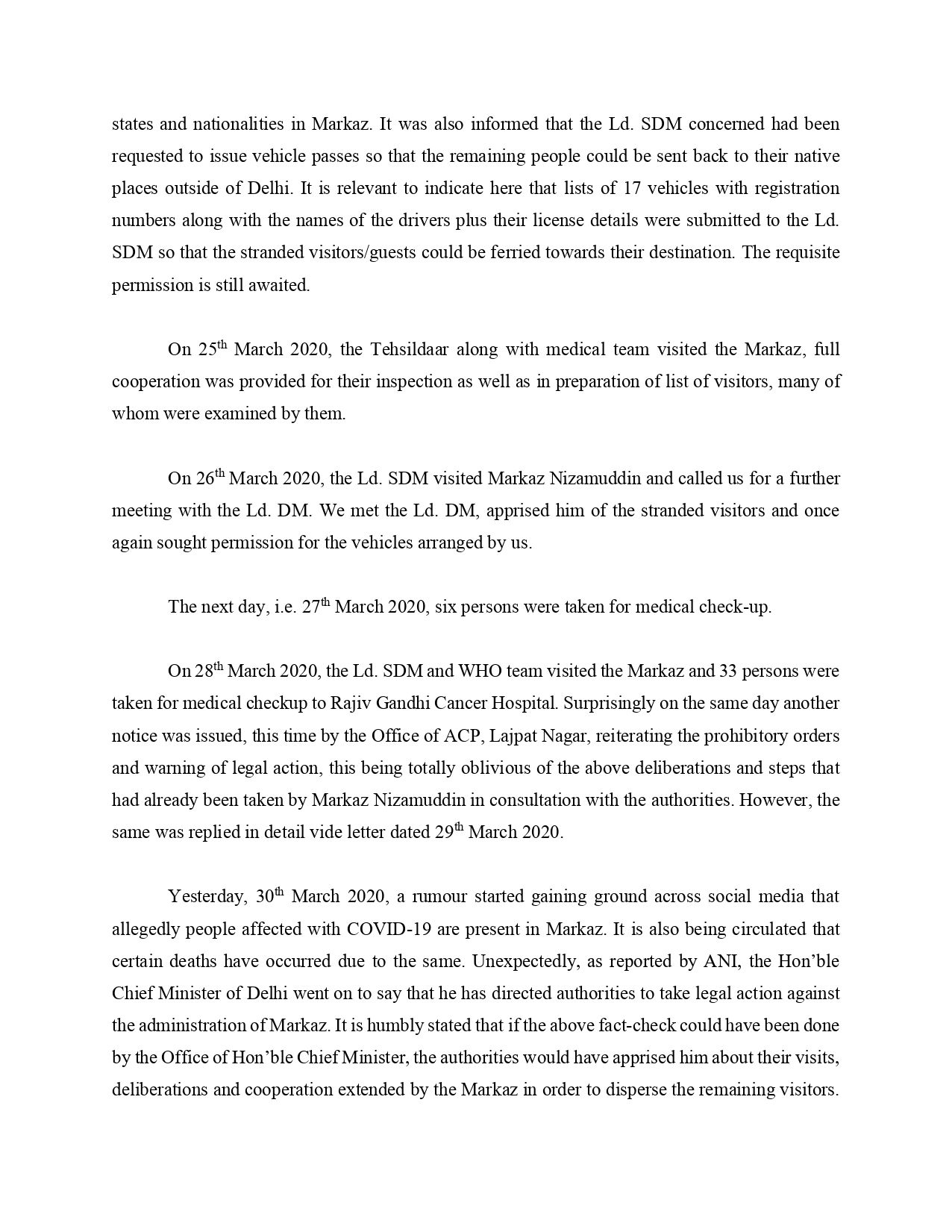 UP Police ordered to conduct tests of people

The Uttar Pradesh Police Headquarters has also issued an order to Senior police officials of 18 districts to immediately conduct COVID-19 tests of people who attended the religious gathering in Nizamuddin and hospitalise those who test positive for the virus. Six attendees have also died in Telangana.

Earlier on Tuesday, people continued to board buses in the Nizammudin area and were taken to different hospitals for a checkup. According to sources, 34 were sent to AIIMS, Jhajjar. 153 to Lok Nayak Hospital. 65 to Rajiv Gandhi Super Specialty Hospital. 97 people have been sent to the Isolation Center of Northern Railway. Sources add that Coronavirus symptoms are found in most people.

READ |  Over 160 From Delhi's Nizamuddin Sent To Hospital; Religious Meet's Organiser To Be Booked