To review the COVID situation, the Karnataka CM has recently paid a visit to Mysuru followed by the ongoing one to Mangaluru and Udupi on Thursday. 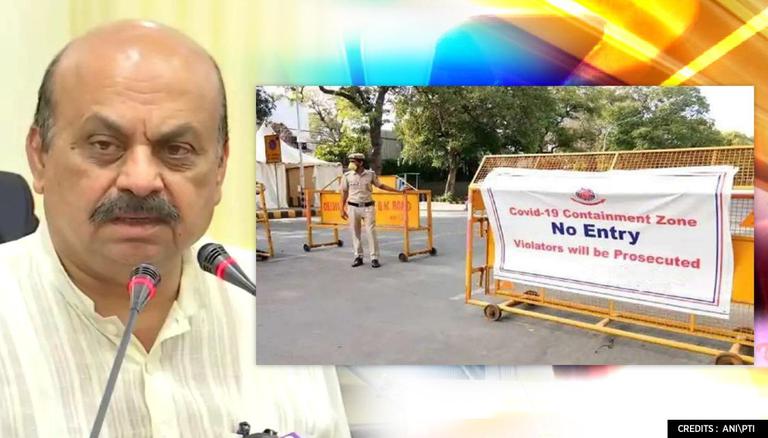 
As the Dakshina Kannada district, bordering Kerala, continues to top the daily COVID cases in the state, Karnataka Chief Minister Basavaraj S Bommai on Thursday asked officials in border districts to remain more cautious to halt the spread of the COVID-19 pandemic in the region.

During his visit to the district headquarters town of Dakshina Kannada district (bordering Kerala), which has seen a significant rise in coronavirus cases in recent days,  Bommai said, "I have come here to review the COVID situation. Our objective is to completely control the spread of COVID in the Dakshina Kannada district. There is a need to take extra precautionary measures in the border regions."

Visitors to Karnataka be allowed only after COVID tests: Basavaraj Bommai

During his interaction with media persons, Chief Minister Bommai made it clear that he has instructed officials concerned to allow people coming from neighbouring states only after COVID tests. He added that he would travel to other border districts in the stage while taking account of the COVID containments guidelines being followed or not.

The Karnataka CM has recently paid a visit to Mysuru followed by the ongoing one to Mangaluru and Udupi on Thursday.

Chief Minister Basavaraj Bommai appreciated the district administration and others concerned who put their efforts to set up the 'world-class ICU' in Wenlock Madison Hospital. The CM also informed that the Karnataka government plans to set up ICU units at district and Taluk hospitals across the state. "We are increasing the number of ventilators, ICU beds and oxygen beds in government hospitals. We have started the project to be equipped to deal with any challenge. We need to be more prepared," Bommai said.

The Chief Minister also informed that the Karnataka Cabinet is planning to start a new scheme for children. "We have started the 'Vatsalya' scheme in Udupi and neighbouring areas, under which children will undergo all the (health) tests. The project will also include setting up paediatric health centres. Once I reach Bengaluru, we will commence the scheme across the state," CM Bommai said. Explaining, he said there will be ICU wards in paediatric centres in the district and 100-bed Taluk hospitals.

"Schools, pre-university to resume offline classes in a graded system"

When asked about the resumption of regular, offline classes for school students, the Karnataka Chief Minister said, "We mulled over it a lot. For the students of 9, 10 and pre-university colleges we are thinking of resuming classes in a graded manner, like opening it on alternate days. Based on its outcome, we will decide our future course of action."

Health Minister Dr K Sudhakar, who accompanied Bommai, stated that there were very few instances of those who were vaccinated getting infected again. "Even if they are getting infected by COVID, the intensity of infection is very less. There are extremely less chances of people going to the ICU," he added.