Amid the COVID-19 pandemic that has brought the entire country to halt, a man from J&K faked his death to reach home in an ambulance amid the lockdown

Amid the coronavirus pandemic that has put the entire country under lockdown, a man from Jammu and Kashmir faked his death to reach his home in Poonch district with the help of an ambulance. Four people originally from Saillan planned the fake death to be able to reach their homes in the ambulance.

The four met in Jammu and conspired to fake the death of one of them in order to reach home in the ambulance. The accused went on to the extent of producing a letter from a government medical college, allowing them to carry the body in the ambulance. However, the authenticity of the letter could not be confirmed.

"Dead body shifted from GMC Hospital to Bafliaz Saillan. In between the crisis of coronavirus, nobody could not disturb them (sic)," the handwritten letter reads.

The letter produced by the accused 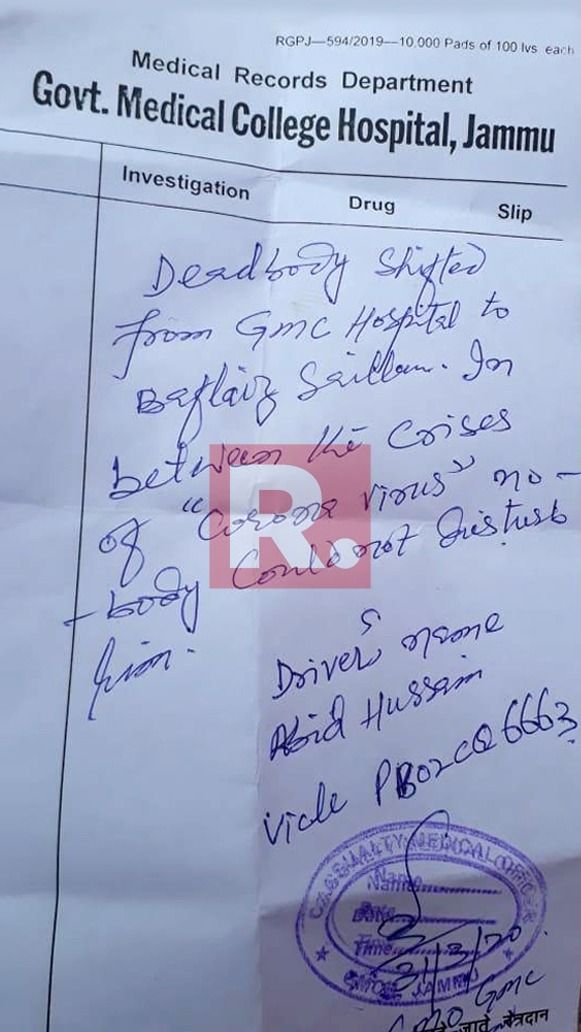 They were just short of reaching their destination when they were intercepted by police, upon search and probing the police team found the dead man alive. The driver of the ambulance along with the four accused have been sent to quarantine and a case has been registered against the driver and the four accused at Surankote police station.