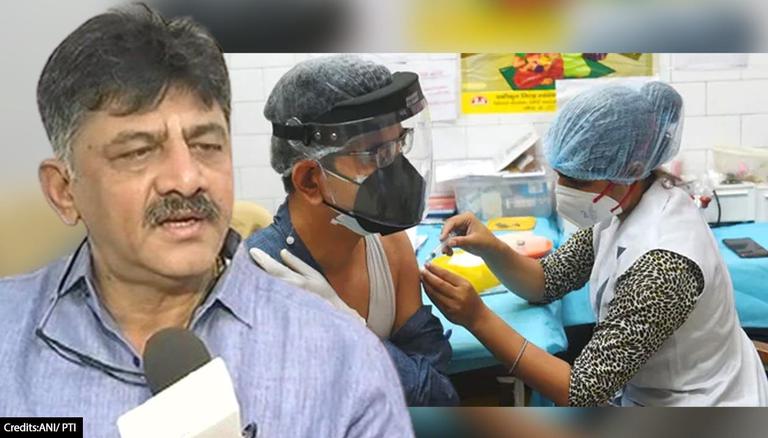 
Karnataka Pradesh Congress Committee (KPCC) President DK Shivakumar launched the 'Vaccinate Karnataka' campaign last month with the aim of preventing the spread of infection with the COVID-19 impending third wave. The campaign, involving children has received a good response with over 50,000 entries. The campaign was a social media video contest in which all the school-going children of Karnataka had to make a 2-minute video about vaccination against COVID-19.

Shivkumar appealed to people and stated that the primary objective of this campaign was to engage students in constructive activity in "an atmosphere which is abject of negativity." The campaign has achieved its goal of encouraging vaccine positivity and quelling vaccine hesitancy as it received a total of 52,729 entries, among which 100 winners were announced on the campaign's website. The winners will get an android tablet each and all the participants will be given a ‘Covid Heroes’ certificate.

In a statement by the KPCC President last month, he mentioned that he knew the children in Kerala are creative and wanted them to use creative expression in displaying their message. "The children of Karnataka are very creative. I want them to find creative ways of spreading a positive message for taking the vaccine. Use song, dance, poetry, drama, art, humour, or anything you like, to create a video. In the video, you must tell why all adults should take the vaccine,” he said. The KPCC President invited 95 lakh students to participate in the contest.

'Nobody persuades adults as children do': Shivkumar

He also added that children could encourage adults to get through their vaccine hesitancy and motivate them to take a jab. He stated, "Nobody persuades adults as children do. When children tell their parents to get vaccinated, they won’t say no. That is why we have launched this campaign to spread awareness in society about COVID-19 vaccination,”.

READ | No evidence on increase in Tuberculosis cases due to COVID-19 complications: MoHFW

Speaking to the winners, Shivkumar highlighted their enthusiasm for participating in such a noble cause. "Though the campaign is selecting only 100 winners, for me everyone's a winner", he said.

WE RECOMMEND
Georgia rugby coach on ventilator with COVID-19 in SAfrica
COVID-19: Study finds statin lowers the risk by 41% of in-hospital death
No evidence on increase in Tuberculosis cases due to COVID-19 complications: MoHFW
Boris Johnson's plan to lift all COVID-19 restrictions is a threat to the world: Experts
India records 41,157 new COVID-19 cases; positivity rate under 3% for 27 consecutive days