Earlier, SIA raided more than 11 JeI properties in Anantnag and sealed a property at Jablipora. Seizures were also made in Shopian district. 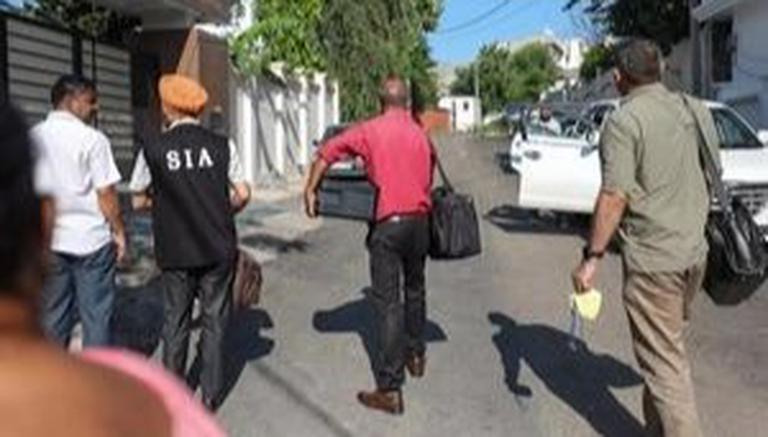 
In a mega crackdown on terror funding in Jammu and Kashmir, State Investigation Agency (SIA) on Saturday seized properties worth "hundred crores" of the banned Jamaat-e-Islami in several districts, including Baramulla, Bandipora, Ganderbal and Kupwara.

The properties were seized after being notified by the District Magistrate of the above-mentioned districts in the exercise of the powers conferred by Section 8 of the Unlawful Activities (Prevention) Act, 1967 and Notification No. 14017/7/2019, dated 28- February- 2019 of the Union Ministry of Home Affairs.

"These premises/ structures have been barred and entry and usage have been prohibited," reads the notification. Besides 'Red entry' to this effect has been made in the relevant revenue records," SIA said in a statement.

"During the seizure proceedings, it was found that about two dozen business establishments in the towns of Kupwara and Kangan are currently running from out these JeI properties on a rent basis," SIA said, adding, "After due diligence, it was decided that these would be allowed to continue so that private persons who may not have any connections with JeI and are only tenants paying rent to JeI are not penalised and their livelihood not impaired."

SIA has identified as many as 188 Jamaat-e-Islami properties across Jammu and Kashmir which have either been notified or are under the process of being notified for further legal action.

Jamaat-e-Islami was the largest politico-religious organisation in Jammu and Kashmir. It had a massive network of schools and other social infrastructure before it was banned in 2019. The organisation is accused of supporting terrorism and was the ideological mentor of Hizbul Mujahideen.

Earlier, SIA raided more than 11 JeI properties in Anantnag and sealed a property at Jablipora. Seizures were also made in the Shopian district.