The Indian Meteorological Department (IMD), on May 10, issued a forecast indicating the possible development of a cyclone in the Arabian Sea. 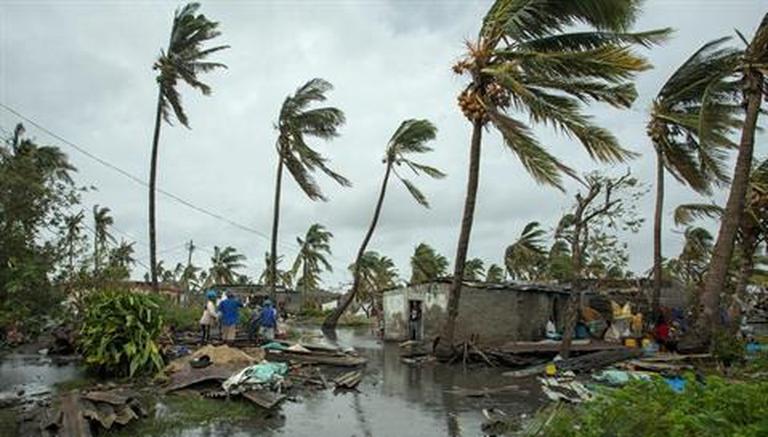 
The Indian Meteorological Department (IMD), on May 10, issued a forecast indicating the possible development of a cyclone in the Arabian Sea. As a part of it, the agency warned that southern states of Kerala, Karnataka and Tamil Nadu as well as the island of Lakshadweep could receive light to moderate rainfall starting May 13. The rainfall will mainly be associated with the likely formation of a low-pressure system and its intensification. The potential cyclone named Tauktae is expected to make a landfall at Gujarat’s coast by May 17, according to the European Ensemble Prediction System (EPS).

“A low-pressure area is very likely to form over the southeast Arabian Sea on the morning of May 14. It is likely to move north-northwestwards across this region adjoining Lakshadweep. It may intensify into a cyclonic storm around May 16,” stated the latest press statement issued by the IMD.

First cyclone of the year

All the seas witness five cyclones every year, however, the Arabian sea has an average cyclone of one per annum. If the cyclone realizes if at all, it would mark the first cyclonic storm of 2021 in the north Indian Ocean. Last year, cyclone Nisarga wreaked havoc across the western coastline. The route of cyclone Tauktae is yet not clear but IMD is keeping a close track of the intensifying pressure over the sea.

READ | Cyclone Seroja leaves a trail of destruction in WA

Still tons of uncertainty tho & plenty of time to watch this in the coming days pic.twitter.com/2D8gAP6KSF

1/ IMD/global forecasts indicate the formation of a low-pressure system by end of the week. The conditions are prime, with the warm waters and an active MJO (fading though) that could support cyclogenesis. Will the Arabian Sea see its first cyclone of the year (#Taukte)? pic.twitter.com/mARbMHPDNj

Bit early for this, but here are the tracks from the European Ensemble Prediction System (EPS). Meanwhile, the system is heading to Oman in GFS and Pakistan in ECMWF, and even Gujarat in some other models. Will wait. pic.twitter.com/nJXaCtLSEh

Cyclone Nisrga made landfall at Alibaug, Maharashtra in June last year and proceeded through to north-east Maharashtra. NDRF evacuated thousands off the coastal areas in Maharashtra, Gujarat, Daman. No untoward incident was reported in the southern coast of Gujarat due to the severe cyclonic storm 'Nisarga'.

READ | Cyclone tears through homes in west Australia
First Published: 12th May, 2021 09:30 IST
SUBSCRIBE TO US