Rawat said that the formulation of a cyber security policy at the national level is in its final stages and pressed the need to modernise India's IT Act. 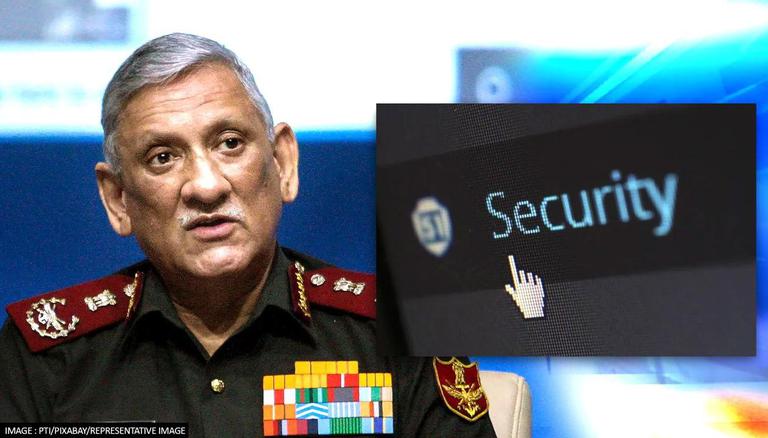 
Laying focus on the present period wherein people have become dependent on the internet to cope with the pandemic-hit era, Chief of Defence Staff Bipin Rawat on Friday urged people to emphasise the importance of data security for personal and national safety.

"In a cyber world, data security is essential for personal security and national security," Rawat said while addressing the inaugural session of the 14th edition of the c0c0n in Kerala's Thiruvananthapuram.

"During the COVID-19 era, living conditions changed and more and more people switched to the Internet, and subsequently the crime rate has multiplied. As many jobs have moved online, even private data has become publicly available. This has led to serious cybercrime," General Rawat added.

The conference, which is being organised on the theme 'Improvise, Adapt and Overcome', is being considered the largest cyber-security meet in the country, organised by the Kerala police.

The Chief of Defence Staff said that the formulation of a cyber security policy at the national level is in its final stages. He also acknowledged the need to modernise the IT Act in the country.

"All agencies in the country should work together for cyber security," Bipin Rawat appealed.

Rawat lauded the attempts made by the Kerala police in curbing breaches on cyber security and the security of the nation.

"c0c0n has been gaining popularity for the past 13 years. That proves the public's confidence in Cyber Security Conferences," Rawat said.

General Rawat hoped that such gatherings benefits more people in the days to come. Consequent speeches on cyber threats and the need for security were delivered by state top cop DGP Anil Kant IPS. President of Information Security Research Association) Manu Zacharia too spoke on the issue. WWE Hall of Fame and Professional Wrestling Promoter and Executive Jeff Jagret attended the event as a celebrity guest.

Earlier, the government had said that it is all set to release a new cybersecurity strategy this year. The announcement was made by Lt. Gen. Rajesh Pant, National Cybersecurity Coordinator at the Prime Minister’s Office, at an event organised by the Public Affairs Forum of India (PAFI) on Friday, July 2. The coordinator claimed that the new strategy would cover the entire ecosystem of Indian cyberspace.

The new strategy is set to cover the entire ecosystem of cyberspace in India, with multiple additions to current plans. "There are about 80 odd deliverables coming out of this new strategy," the PAFI statement quoted Lt. Gen. Pant.

"The vision of this strategy is to ensure safe, secure, resilient, vibrant, and trusted cyberspace," he had said.

The national cybersecurity coordinator also claimed that the pandemic increased cyber-crimes in India at an alarming rate. He said that the crimes have gone up by 500%, making India one of the top 3 cyber-attacked countries in the world. He claimed that the increased use of the dark web and new technologies like drones and IoT devices is becoming a major threat.

Formed in 2008, c0c0n is aimed at providing opportunities to showcase, educate, understand and spread awareness on Information Security, Data Protection, and Privacy. It also aims at providing a platform for various corporate and government organizations including various investigation agencies, academia, research organizations, industry leaders and players for better coordination in combating cybercrime.