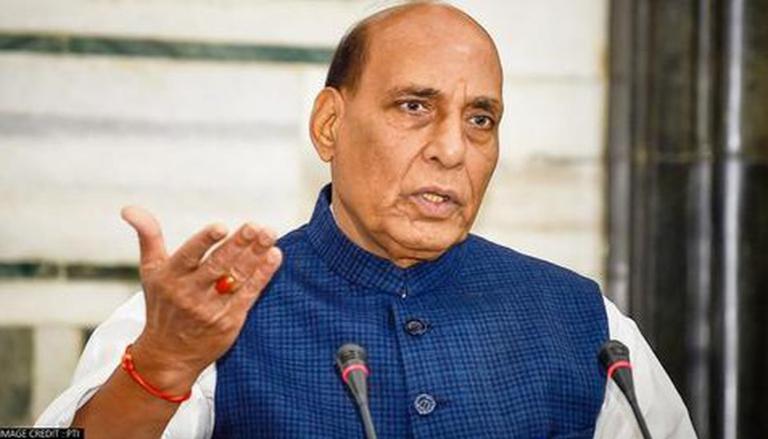 
Showcasing the indigenous ability to produce high-quality weapon systems, Defence Minister Rajnath Singh would hand over a consignment of Made in India multimode grenades to the Indian Army in Nagpur on Tuesday. In order to provide a further boost to the ‘Make in India’ initiative of the Government of India in the Defence Sector, the Acquisition Wing of the Ministry of Defence (MoD) had signed the contract with M/s Economic Explosive Ltd (EEL), (Solar Group) Nagpur.

Defence Minister to present consignment of grenades to Indian Army

"The Defence Minister would be presenting a consignment of these grenades to the Indian Army. Army chief Gen Manoj Mukund Naravane would be receiving this consignment on behalf of the force," an army official said.

The consignment is a part of the order for ten lakh multi-mode grenades developed by the Defence Research and Development Organisation (DRDO) and produced by the Economic Explosives Limited (EEL) of Nagpur. Ministry of Defence (MoD) had signed a contract with EEL, Nagpur for the supply of 10,00,000 Multi-Mode hand grenades to the Indian Army at an approximate cost of Rs 409 crore. These grenades will be replacing the hand grenade design of World War II vintage, in use with the Indian Army.

The Multi-Mode Hand Grenade has been designed by DRDO and Terminal Ballistic Research Laboratories (TBRL). The grenades have a distinctive design and can be used in both offensive and defensive modes. This project also showcased a public-private partnership under the Government of India enabling self-reliance, “AtmaNirbharta” in ammunition technologies and accomplishes 100 per cent indigenous content. The grenades being used by the forces in India till now have been mainly the defensive mode grenades, which means that they are to be hurled when the thrower is in a shelter or has a cover and the target is in an open area and can be harmed by fragmentation. On the other hand, the offensive grenades do not fragment, and the adversary is harmed by the blast or is stunned while the thrower is safe.