In a key development, Delhi Cout on Friday, January 12, denied bail to Niraj Bishnoi in connection to the Bulli Bai case. The second-year engineering student was arrested on 6th January from Assam on charges of creating the contentious Bulli Bai app. The Delhi Police informed that he was arrested for conspiring the app and after having admitted his role behind its creation.

The Court said, "Accused ran a vilification campaign against women, containing derogatory and offending material having communal overtones on the app". 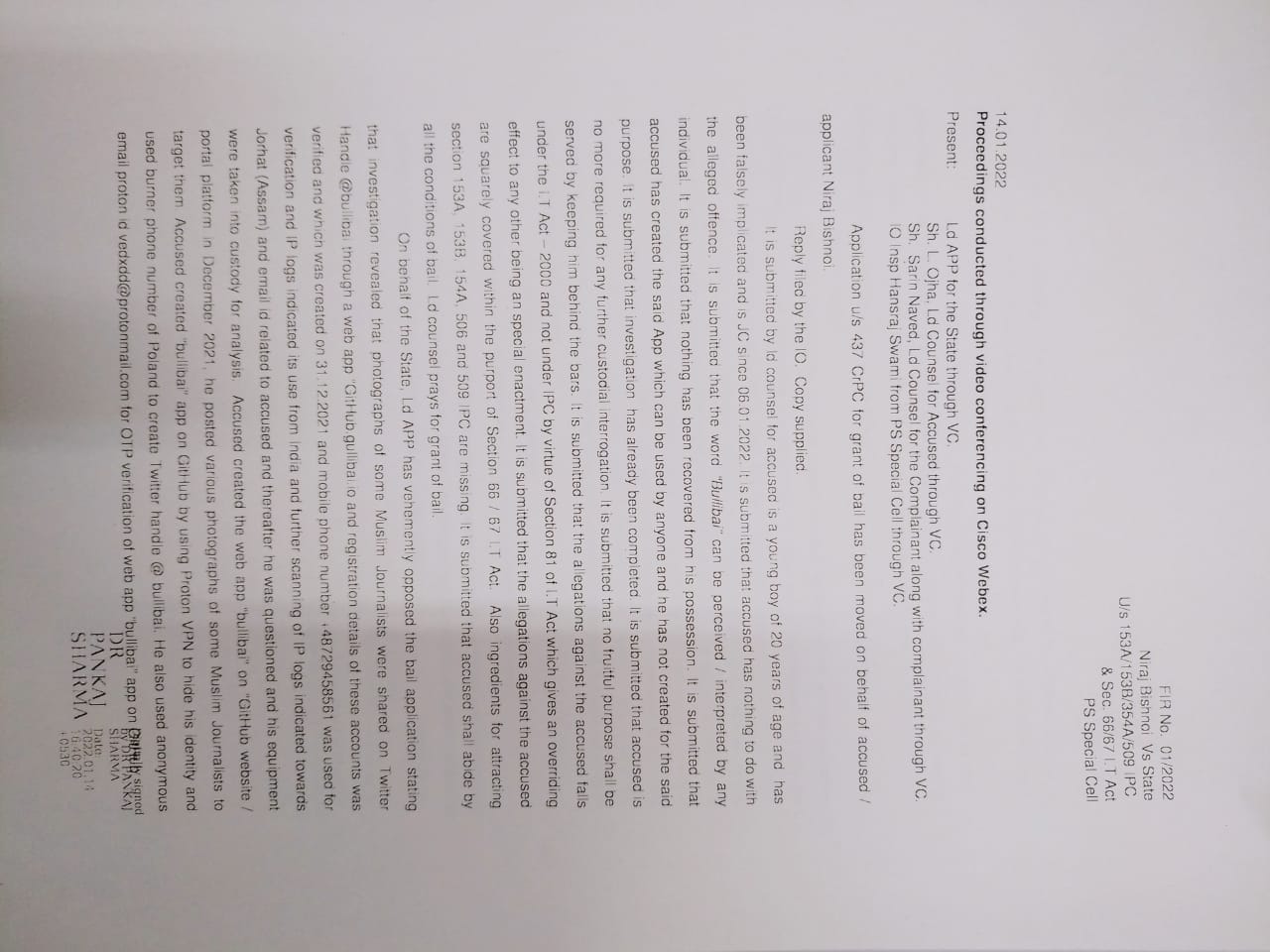 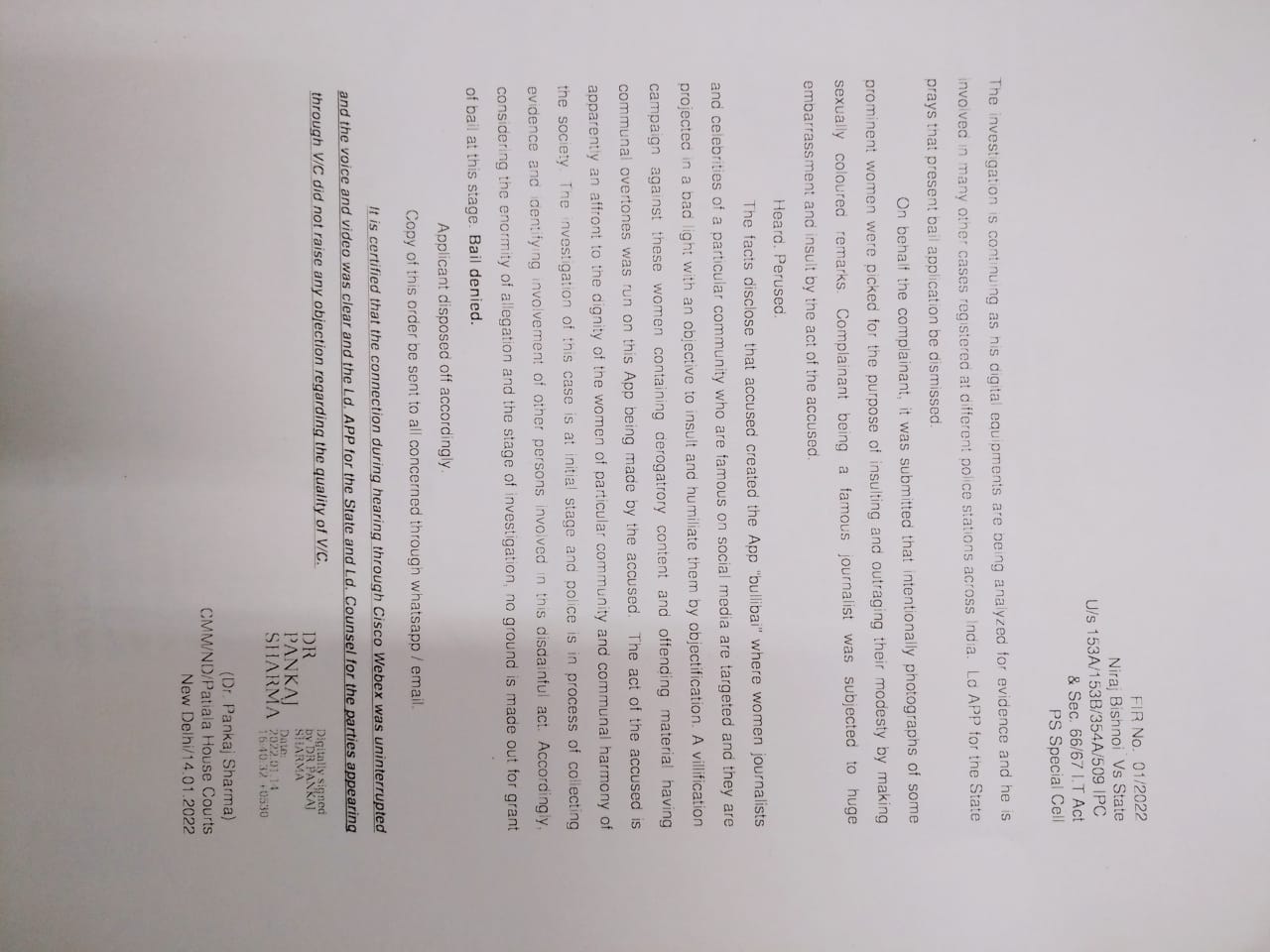 Delhi Police on Thursday informed that they have recovered technical evidence from Niraj's mobile and laptop and with his arrest, the entire network has been busted.

The Police stated when Bishnoi was quizzed, he disclosed that the app was developed in November 2021 and was updated in December 2021. An official said, "He said he created one more Twitter account to talk about the app. Using another account, he tweeted 'You've arrested the wrong person'."

Bishnoi was pursuing an engineering course from the Vellore Institute of Technology, and the college has suspended him from the university with immediate effect following the controversy. "Mr Niraj Bishnoi, 20BCG10103 studying BTech since September 2020 via Online has been arrested by Delhi Police in connection with his alleged involvement in Bulli Bai App. Accordingly, Mr Niraj Bishnoi is suspended with immediate effect from the university until further notice, in view of bringing disrepute to the University and defaming the name of the Institute," said Vice-Chancellor in its order.

The 'Bulli Bai' portal sparked massive outrage across the country for sharing pictures of women from various professions including journalists, social workers, and others accompanied by derogatory content. This holds similarity to the 'Sulli Deals' upload that happened in July last year. It is learned that the 'Bulli Bai' app worked similar to how Sulli Deals did.