Delhi District Bar Coordination Committee has decided to call off their strike which had officially begun from Nov 3; lawyers are supposed to resume from Nov 16

The Delhi District Bar Coordination Committee has decided to call off their strike which had officially begun from November 3. Lawyers are now supposed to resume work from November 16. The lawyers were on a strike following the violent and dramatic clashes between the Delhi Police personnel and lawyers at Tis Hazari Court on November 2.

The decision was taken in an urgent meeting of the Coordination Committee of the Saket Bar Association at the Patiala High Court after the Delhi HC on Friday afternoon granted interim protection from coercive action to two Delhi ASIs alleged to have opened fire which injured a lawyer at Tis Hazari. The general meeting of the Committee unanimously took this decision. The HC has adjourned the case till December 23. The Circular by the Association, however, said that "agitation in other modes will continue". 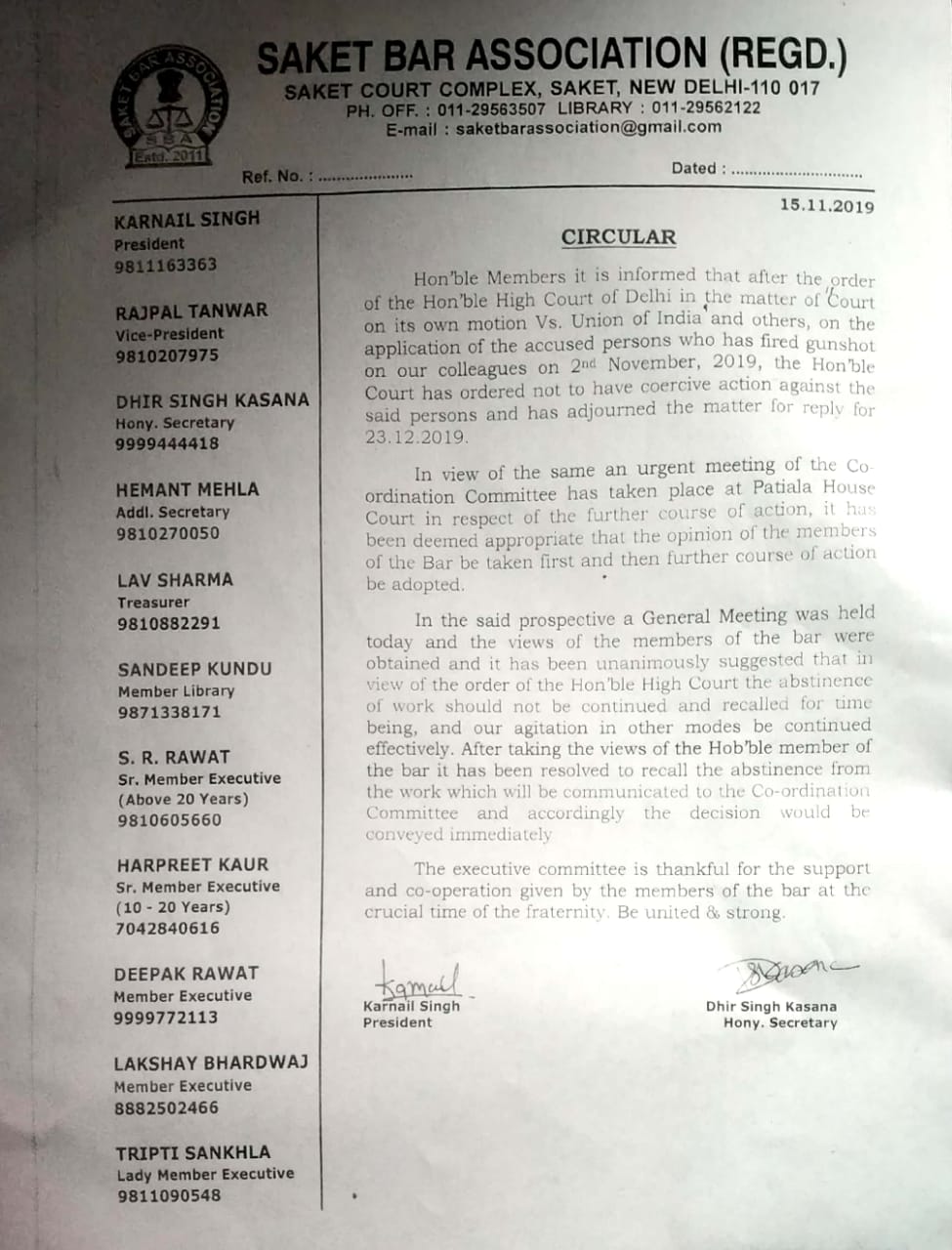 This came after a day when Delhi Police resumed duty to look after the security at the Tis Hazari court premises after a gap of about two weeks following clashes with lawyers even as advocates continued to boycott work. Deputy Commissioner of Police Monika Bhardwaj apprised District Judge Girish Kathpalia of the security status and informed him that police personnel has been deployed at the three entrances of the court premises. Amidst apprehensions of a hostile environment, about 20 police personnel resumed work wearing civil dress instead of the uniform.

A sudden scuffle broke out between the lawyers and the police at the Tis Hazari Court in Delhi on November 2. One lawyer was injured in the gunshots allegedly fired by Delhi cops and was rushed to St Stephen's Hospital. As per the reports, the trigger behind the violence was a rift between the police and lawyers over parking issues in the Tis Hazari premises which turned ugly. The violence that saw public property damaged and vehicles burning were flashing headlines for days.