Delhi High Court on Wednesday dismissed a petition seeking to allow Chhath Pooja celebrations in the national capital, Delhi, on the banks of river Yamuna. 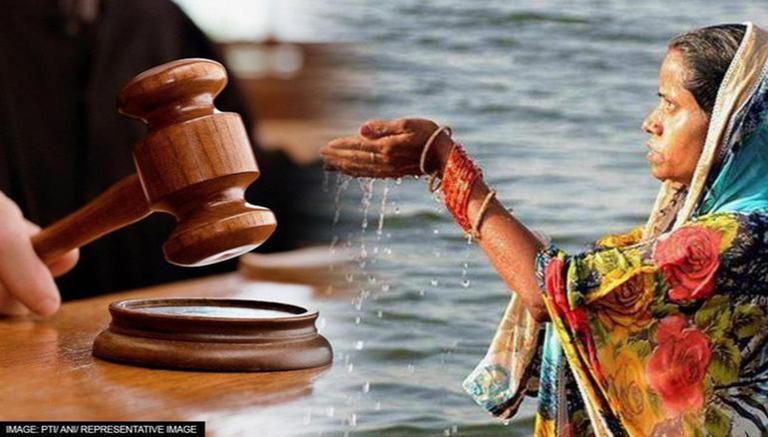 
Delhi High Court on Wednesday dismissed a petition seeking to allow Chhath Pooja celebrations in the national capital, Delhi, on the banks of Yamuna River. Justice Rekha Palli said that the petitioner has approached too late and no order for the creation of an alternative site for performing rituals can be passed at this moment.

She also noted that the novel coronavirus pandemic has not disappeared yet and the respondents have taken a decision in view of the same. The bench also noted that the Aam Aadmi Party-led Delhi government's orders are in line with the directions of the National Green Tribunal (NGT) passed from time to time.

"I see no merit in the petition as the orders are passed in the line of the NGT's directions from time to time. The petitioner has only approached the court today...no orders can be passed with regards to the creation of an alternative site for performing the rituals," Delhi HC said.

On October 29, the Delhi Disaster Management Authority (DDMA) had issued an order allowing celebrations of Chhath pooja at public places except on the banks of the Yamuna river. Designated sites and special ghats for the auspicious dip managed by the government agencies have been permitted for Chhath puja while the use of ghats on the Yamuna has been prohibited in view of the toxic form. Both AAP and BJP have locked horns with each other over the order, evading responsibility.

On Monday, BJP MP Parvesh Verma defied the Chhath pooja ban at Yamuna river and challenged Delhi Chief Minister Arvind Kejriwal to stop him from celebrating the festival. The West Delhi MP stated that all Purvanchali brothers and sisters will clear ghat at ITO and star the Chhath pooja. Meanwhile, AAP leader Raghav Chadha has blamed the UP government for the river's pollution.

"Okhla barrage comes under the UP government irrigation system. This is because of the detergent. The waves sent from UP and Haryana towards Delhi. It has an ample number of chemicals in them," the Delhi Jal Board chief said.