CM Arvind Kejriwal on Saturday, said that his govt was starting an oxygen concentrator bank and 200 such units will be set up across the national capital. 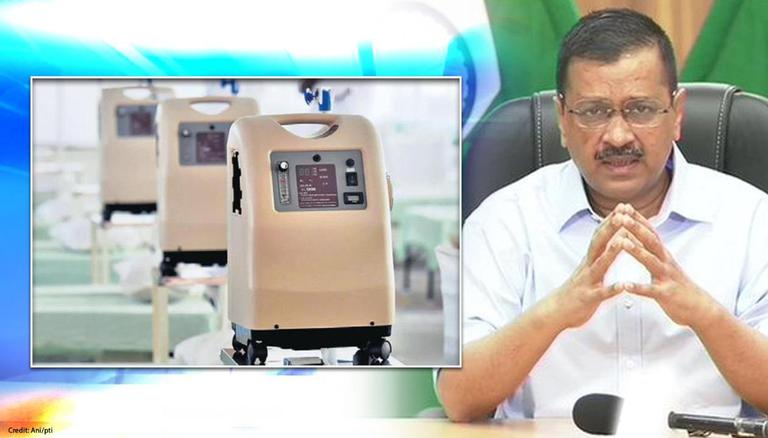 
As Delhi become oxygen-sufficient, CM Arvind Kejriwal on Saturday, said that his govt was starting an oxygen concentrator bank and 200 such units will be set up across the national capital. He said that his team will provide concentrators at the doorstep of patients in home isolation, if needed. In the last 24 hours, 6500 cases have been reported in Delhi and the positivity rate has further gone down to 11%. The AAP govt has extended its lockdown till May 17 amid the second COVID surge.

We're starting oxygen concentrator bank today. Essential to provide oxygen to COVID patients, on time. We've started this for such patients. 200 such banks set up in every dist. Our team will provide the concentrator at doorstep of patients in home isolation, if needed: Delhi CM pic.twitter.com/qhQhOsP0YY

Moreover, Deputy CM Manish Sisodia said, "Delhi govt has decided to release Rs 1051 crore rupees to Delhi Municipal Corporation. This is done so that the salaries of the workers don't halt". Delhi doctors have held several strikes on non-payment of salaries amid COVID duty.

On Thursday, Delhi Dy CM Manish Sisodia said that Delhi's oxygen demand has dropped from 700 MT per day to 580 MT as Delhi's positivity rate dropped to 14%. He said, "Now positivity rate in Delhi is 14 per cent. During the crisis, we needed 700MT Oxygen on a daily basis and hence applied to the Central govt. Today, after assessment of the COVID19 situation, Delhi's oxygen need is 582 MT per day. As a responsible government, we will give the surplus oxygen to the States who need it. We want to grateful to Supreme Court and Central Govt. for helping Delhi during the crisis."

On May 7, the Supreme Court ordered the Centre to maintain a daily supply of 700 MT to Delhi. It warned of coercive action after the Delhi govt revealed that it had received just 86 MT pf oxygen as of 9 AM and 16 MT was in transit. A day later, the Delhi govt cried afoul claiming that the Union Territory received only 478 metric tonnes of medical oxygen as opposed to the daily quota of 700 MT warning that if the situation further worsens, the oxygen needed would have to be increased to 976 MT.

Currently, India is grappling with acute oxygen supply with Delhi being hit the worst - several hospitals have moved the High Court seeking oxygen supply. While the Centre and Delhi govt have blamed each other for the ongoing oxygen crisis in the national capital, Railways has started 'Oxygen Express'  to transport liquid oxygen to the states via green corridors. These trains have already begun to arrive at UP, Maharashtra, Andhra from Odisha, Jharkhand and others. Delhi, which has increased its demand to 900 MT oxygen per day has been allotted only 480 MT by Centre. Delhi has demanded the Centre's help in procuring more oxygen, accusing UP and Haryana of obstructing its supply and expressing the inability to procure tankers. The Delhi HC has warned the Centre with contempt proceedings if the oxygen quota of Delhi (490 MT) is not met with, tasking the Centre with arranging tankers for Delhi. The SC has constituted a 12-member National Task Force of oxygen distribution.

WE RECOMMEND
COVID-19 crisis: Flight with medical supplies from Kazakhstan arrive in India
COVID-19: No change in masking rules for vaccinated persons in India amid US policy shift
COVID-19: As India administers Sputnik V's 1st jab, RDIF CEO calls it a 'historical day'
COVID-19: Top scientists from US, UK demand fresh probe into Wuhan lab theory leak
First batch of DRDO's anti-COVID-19 drug 2DG to be available from next week