Delhi's overall AQI was recorded at 352 on Mondy as the air quality remained in the 'Very Poor' category for the ninth consecutive day, as per SAFAR-India 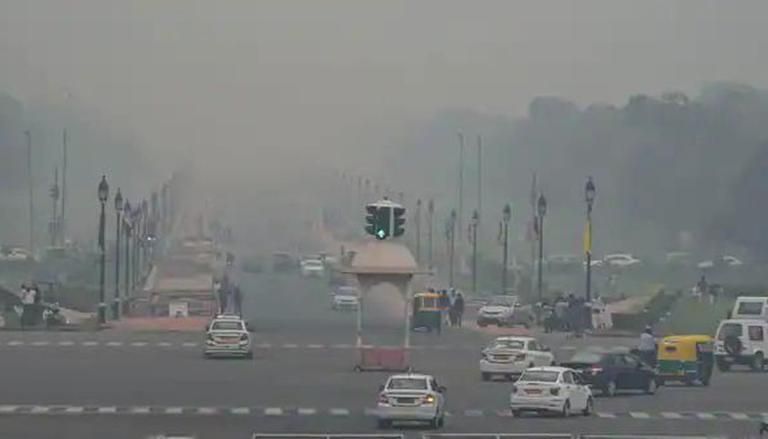 
The national capital's Air Quality Index (AQI) remained in the 'Very Poor' category for the ninth straight day. As per the Centre-run System of Air Quality and Weather Forecasting And Research (SAFAR), Delhi's AQI stood at 352. On Sunday, Delhi's overall AQI at around 6 AM was recorded at 347.

Delhi | Air Quality Index (AQI) is presently at 352 (overall) in the 'very poor' category, as per SAFAR-India

As per the data provided by the Central Pollution Control Board (CPCB), the neighbouring cities of Delhi including Faridabad, Ghaziabad, Gurugram, Greater Noida, and Noida also recorded their air quality in the 'very poor' category. CPCB also recommended certain measures to the Delhi government to tackle air quality.

In order to curb the deteriorating air pollution, the Delhi government has extended the ban on entry of trucks carrying non-essential items into the city followed by an extension on work from home for its employees till November 26, 2021. However, the restriction on construction and demolition activities has been lifted, a senior official informed. The order, however, does not specify anything about the ban on construction and demolition activities.

Earlier this week, the Delhi government issued 10 directions including a ban on the entry of trucks into the national capital followed by the closure of schools and colleges on the orders of the Commission for Air Quality Management (CAQM), and at the same time, it also imposed a ban on construction and demolition activities followed by a work from home policy for employees till Sunday, November 21.

Delhi environment minister Gopal Rai informed that the state police and transport departments will ensure maintaining the ban on the entry of vehicles in Delhi except for essential services. Along with that, the state government has also launched the second phase of its "Red Light On, Gadi Off" campaign on Friday. The main aim of the 'Red Light On, Gadi Off' campaign is to reduce vehicular pollution in the city.

WE RECOMMEND
Air pollution: Delhi extends ban on entry of trucks, work from home for employees till Nov 26
550 buses hired by Delhi govt from pvt operators to start plying on city roads from Monday