As the controversy over the 'Malayalam diktat' died down in Delhi, Nursing Superintendent at GIPMER, who issued the order apologized for the same on Wednesday 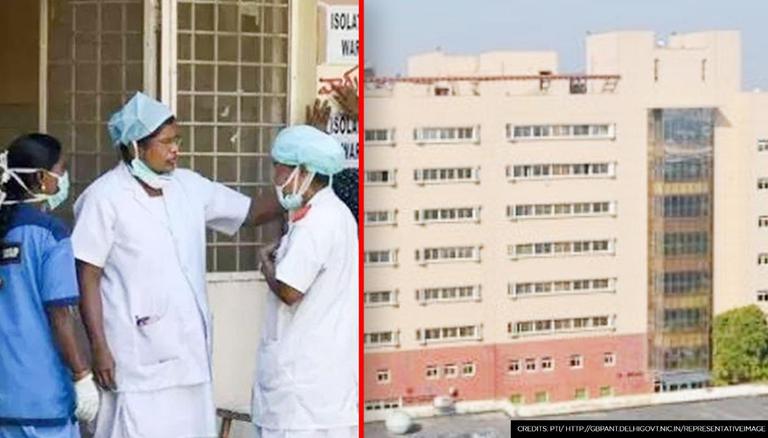 
As the controversy over the 'Malayalam diktat' died down in Delhi, Nursing Superintendent at Govind Ballabh Pant Institute of Postgraduate Medical Education and Research (GIPMER) who issued the order apologized for the same on Wednesday. Stating that the circular was issued with no malafide intent, GIPMER stated that the circular was issued in a positive sense for the patients. Apologising to all staff, the admin said that 'if any staff's feeling got hurt, I regret/apologise for it'.

Circular was issued in a positive sense & there was no bad intention against Malayali-speaking staff. Circular was misinterpreted about its true sense & I didn't get a chance to explain. If any staff's feeling got hurt, I apologise: Nursing Superintendent, GB Pant Institute Delhi pic.twitter.com/aVJL0fFvbA

What was the language order?

On Saturday, GIPMER issued a circular mandating Hindi or English as the language of communication after receiving a complaint. Aimed at the nursing staff which hails majorly from Kerala, the hospital stated that 'maximum patients and colleagues do not understand Malayalam' and were 'feeling helpless'. The hospital directed the nursing staff to converse in Hindi or English only, warning them of serious consequences otherwise. Nurses have criticised the move and said they always talk to patients in Hindi.

Objecting to the move, BJP leader Amit Malviya claimed that the Kejriwal government was now targetting Kerala nurses after targeted people from UP and Bihar. Comparing Kejriwal to PM Modi, he said that the Prime Minister had taken his first COVID vaccine jab from a Malayali nurse, fostering unity. The ruling Kerala party - CPI(M) too slammed the order, demanding a withdrawal.

In response, the GIPMER on Sunday, withdrew its circular forbidding its nursing personnel from communicating in Malayalam. The hospital administration has stated that the circular was issued without their information after being issued a memo from the Delhi health department. The hospital had previously clarified that nurses were allowed to speak to each other in Malayalam but must converse with patients in Hindi.

Incidentally, in January, ahead of the 5 state elections, the Kejriwal-led Delhi government set up Tamil, Marathi and Konkani academies in the national capital. Appreciating his move, DMK Supremo MK Stalin, CM E Palaniswami, and MNM chief Kamal Haasan had congratulated and thanked him. Kejriwal had replied to their tweets in Tamil, emphasizing 'creating a multilingual Delhi'.

WE RECOMMEND
Delhi govt hospital withdraws order barring nurses from speaking in Malayalam after flak
Mohanlal's best classical dance performances in Malayalam movies that are must-watch; See
'Sasneham' Serial Cast: Know about the cast members of Asianet's upcoming drama serial
'777 Charlie': Rakshit Shetty's next film to be released in Malayalam by Prithviraj
From Mammootty to Mohanlal, Malayalam celebs who have won the National Award