In a crucial development, the Delimitation Commission has expedited the delimitation process in Jammu and Kashmir, sources told Republic TV on Wednesday. 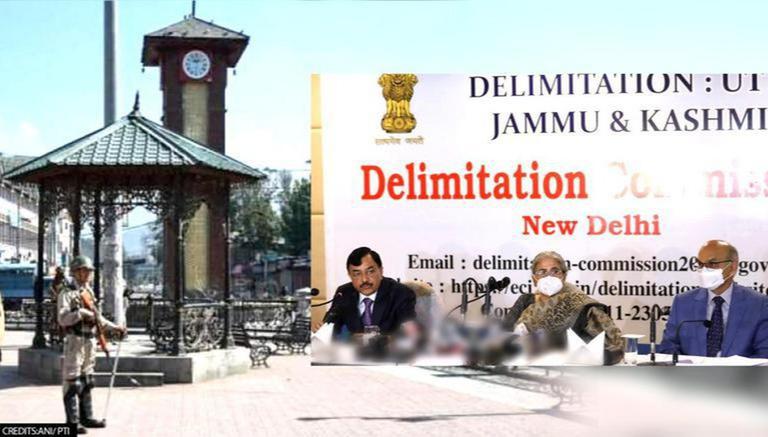 
In a crucial development, the Delimitation Commission has expedited the delimitation process in Jammu and Kashmir, sources told Republic TV on Wednesday. From July 6-9, the panel had visited J&K to interact with political parties, public representatives and administration officials of 20 districts to garner inputs. While the delegations of BSP, BJP, CPI, CPI(M), NC, Congress, J&K Apni Party, J&K People's Conference and other parties submitted their representations to the Delimitation Commission, PDP refused to take part in the proceedings citing that it is a "pre-planned" exercise.

As per sources, all 20 Deputy Commissioners have been asked to submit their response to 290 representations that were received by the panel during its 4-day visit in July. While a majority of the DCs have filed their reports, others are likely to do so very soon. Sources also revealed that the delimitation draft will be first made available to the 5 J&K MPs who are associate members of the commission and will be released in the public domain thereafter. Reportedly, seats will be reserved for Scheduled Tribes in the Jammu and Kashmir Legislative Assembly for the first time.

As per the Jammu and Kashmir Reorganisation Act, 2019, the number of seats in the Legislative Assembly of J&K shall be increased from 107 to 114. The delimitation of the constituencies will be determined by the EC in accordance with multiple factors. On February 18, 2020, the Ministry of Legislative Affairs requested Chief Election Commissioner Sunil Arora to nominate a member to the “proposed” Delimitation Commission for J&K.

Subsequently, the EC mentioned that Election Commissioner Sushil Chandra had been selected as the CEC’s nominee. According to the government notification dated March 6, 2020, retired Supreme Court judge Ranjana Desai and the State Election Commissioner of the concerned state or Union Territory were appointed as the other two members of the Delimitation Commission. On May 26, three JKNC Lok Sabha MPs Farooq Abdullah, Hasnain Masoodi, Akbar Lone and two BJP MPs Jitendra Singh and Jugal Kishore were nominated by the Ministry of Home Affairs as associate members of the Delimitation Commission to assist the three-member panel.