The National Highways Authority of India, on Thursday, issued a notice to Mysuru City Corporation to demolish the dome-shaped bus stand on Mysuru-Ooty road. 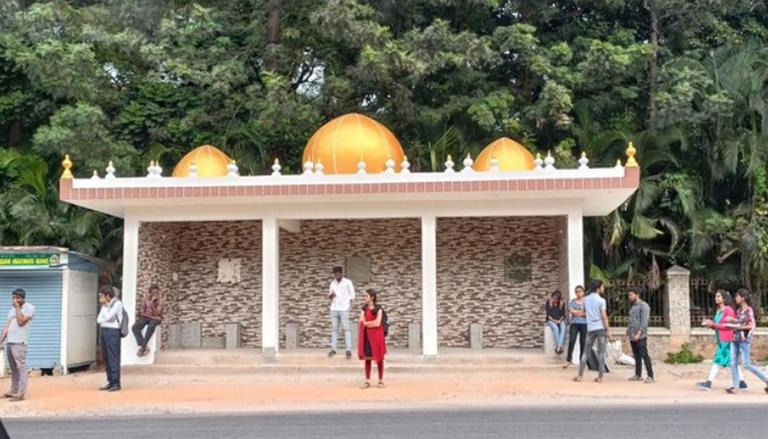 
After Karnataka BJP MP Pratap Simha threatened to bulldoze the mosque-like bus stand on the Mysuru-Ooty road, the National Highways Authority of India (NHAI), on Thursday, issued a notice to the Mysuru City Corporation and Karnataka Rural Infrastructure Development Limited (KRIDL) for the removal of a 'structure constructed to achieve controversial kind of issues' at a bus stop in Karnataka's Mysuru. The NHAI has granted them (the civil body) one week's time to remove the dome-shaped structure.

Here is a picture of the structure in question 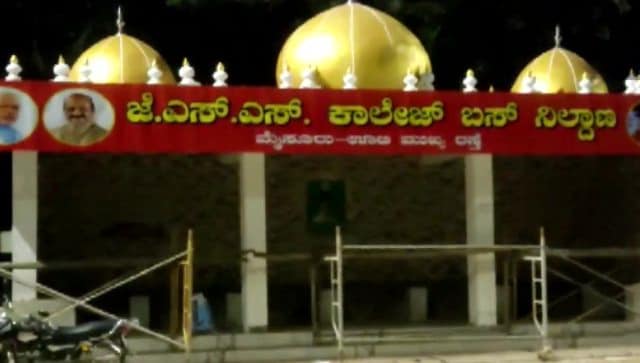 In the notice issued for the removal of unauthorized occupation, NHAI stated, 'The bus stop has been constructed even though many times our Engineers have stopped the work within the National Highway Right of way. It is advised to remove the structure constructed to achieve controversial kind of issues which is not acceptable."

Notably, NHAI in the notice, dated November 15, also mentioned that one week time has been given to remove the controversial structure as it has developed communal issues."

Issuing a warning, NHAI further stated, "As per the National Highway administration act, this may be treated as notice otherwise as per the Highway Administration Act 2003 action will be initiated." 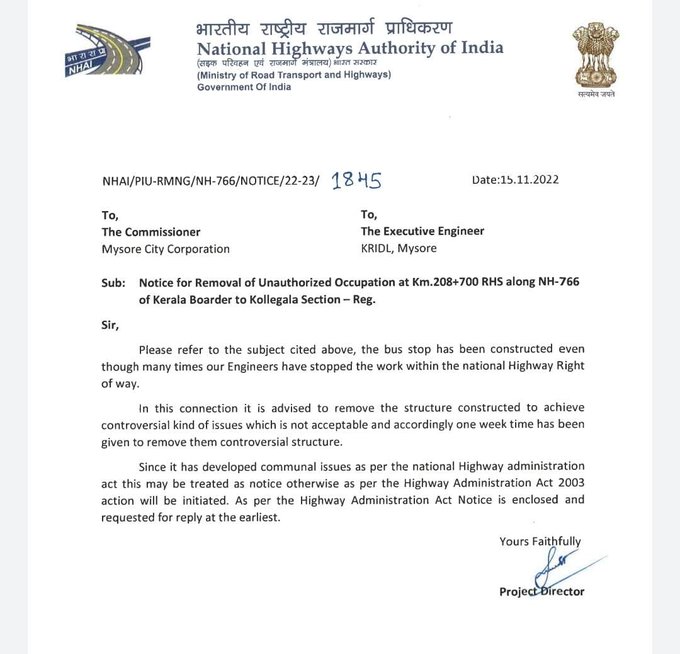 On November 13, while addressing a cultural event in Mysuru, BJP MP Pratap Simha said, "I have seen images on social media of a bus stand on which there were domes. At the centre, there was a big gumbaz (dome) and besides that, there were two smaller gumbaz. I have asked Karnataka Rural Infrastructure Development Limited engineers to remove it within 3-4 days, or else I have told them that I will bulldoze it with a JCB."

Meanwhile, Krishnaraja constituency MLA SA Ramdas gave a clarification on the construction of the bus stand. In a statement, he said that the bus stop was constructed in resemblance to Mysore Palace