Minister of State for Home Affairs on Tuesday mentioned it is difficult to fix any criteria for language inclusion in Eighth Schedule to the Constitution. 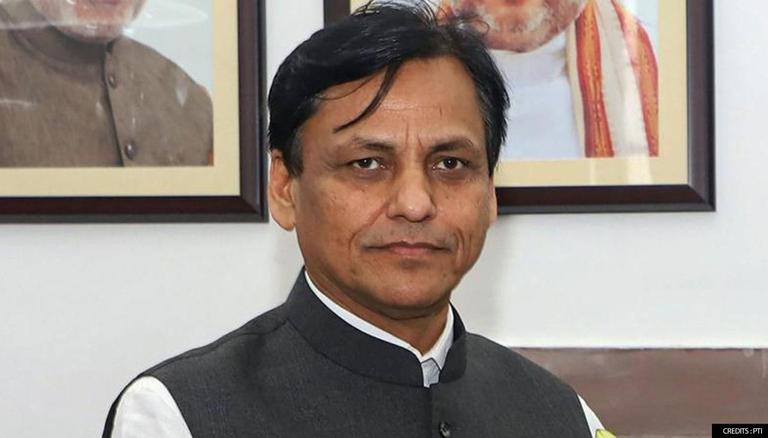 
Minister of State for Home Affairs Nityanand Rai on Tuesday mentioned that it is difficult to fix any criteria for languages, whether to distinguish them from dialects or for their inclusion in the Eighth Schedule of the Constitution. The statement comes as a written reply to Lok Sabha over the inclusion of the Khasi language in the Eighth Schedule. Calling the evolution of languages a 'dynamic' process, the minister further stated that they are influenced by myriad developments, namely; socio-cultural, economic and political.

In a reply to the queries raised by Congress MP Vincent H Pala, Rai responded, "There have been demands from time to time for inclusion of Khasi in the Eighth Schedule to the Constitution. Central Government had received a proposal in this regard. As the evolution of dialects and languages is a dynamic process, influenced by socio-cultural, economic and political developments, it is difficult to fix any criteria for languages, whether to distinguish them from dialects, or for their inclusion in the Eighth Schedule to the Constitution." The minister further mentioned that these requests have to be dealt with while carefully keeping in mind people's sentiments and also other relevant considerations.

Shedding light on how earlier deliberations on the same issue have been 'inconclusive', he added "The earlier attempts, through the Pahwa (1996) and Sitakant Mohapatra (2003) Committees, to evolve such fixed criteria have been inconclusive. The Government of India is conscious of the sentiments and requirements for the inclusion of other languages in the Eighth Schedule. Such requests have to be considered keeping in mind these sentiments, and the other relevant considerations."

Constitutional Provisions in the Eighth Schedule

The Constitution of India states the provisions relating to the Eighth Schedule occur in articles 344(1) and 351 of the Constitution.

Article 344(1) provides for the constitution of a Commission by the President on expiration of five years from the commencement of the Constitution and thereafter at the expiration of ten years from such commencement, which shall consist of a Chairman and such other members representing the different languages specified in the Eighth Schedule to make recommendations to the President for the progressive use of Hindi for official purposes of the Union.

Article 351, on the other hand, mentions:

Article 351 of the Constitution provides that it shall be the duty of the Union to promote the spread of the Hindi language to develop it so that it may serve as a medium of expression for all the elements of the composite culture of India and to secure its enrichment by assimilating without interfering with its genius, the forms, style and expressions used in Hindustani and in the other languages of India specified in the Eighth Schedule, and by drawing, wherever necessary or desirable, for its vocabulary, primarily, on Sanskrit and secondarily on other languages.