'Doing Our Best': Poonawala Replies To Jindal On Ramping Up COVID Vaccine Production

Adar Poonawala on Saturday in a reply to Sajjan Jindal's tweet said that the Serum Institute of India was 'doing its best' to ramp up production of vaccines. 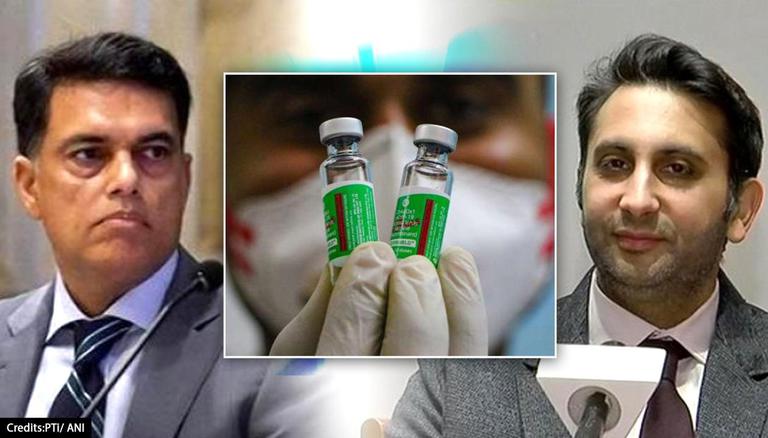 
Amid a shortage of vaccines, the Chief Executive Officer (CEO) of Serum Institute of India (SII) Adar Poonawalla in a tweet posted on Saturday, assured that the Pune-based vaccine manufacturing company was 'doing its best' to ramp up the production of COVID-19 vaccine COVISHIELD. The tweet of Poonawala came in response to JSW Group's chairman Sajjan Jindal's tweet, in which he had lauded SII, along with Bharat Biotech for ramping up their capacities.

On Saturday, the Chairman of JSW Group Sajjan Jindal put up a tweet on his official Twitter handle. In the tweet, outlining that the only way to win the fight against COVID-19 was to vaccinate everybody, he lauded Adar Poonawala and the Serum Institute of India and Bharat Biotech, and Krishna Ella for ramping up their production.

The tweet did not go unnoticed, as Adar Poonawala was quick to reply. Agreeing with Jindal, he in his tweet wrote, "We at Serum Institute of India are doing our best to ramp up production & launch new vaccines on priority for India." He further added, " We are grateful to the JSW group's efforts in trying to fulfill India’s medical oxygen needs as we stand together in this fight against this pandemic."

Yes @sajjanjindal, we at @SerumInstIndia are doing our best to ramp up production & launch new vaccines on priority for India. We are grateful for @TheJSWGroup efforts in trying to fulfill India’s medical oxygen needs as we stand together in this fight against this pandemic. https://t.co/B4AorR84Lx

India to produce 300 crore doses of vaccine by Dec

While the country is looking to ramp up production of COVISHIELD and COVAXIN, it is also in talks with companies like Pfizer, Moderna, Johnson, and Johnson, and is expected to crack a deal and make the vaccines available in the next two months. This in line with the country's aims to manufacture over 300 crore vaccine doses by the end of the year, a figure that is double the country's population.

If everything works out as per the plan, India will also make way for on-demand vaccinations. As per sources, from August, the citizens of the country would not have to register in advance or stand in long queues, and would simply be able to go and get vaccinated.