Due to the drone attack, Raj Bhawan & Civil Secretariat in Jammu and the areas where J&K LG Manoj Sinha is scheduled to visit have been declared 'No Fly Zone' 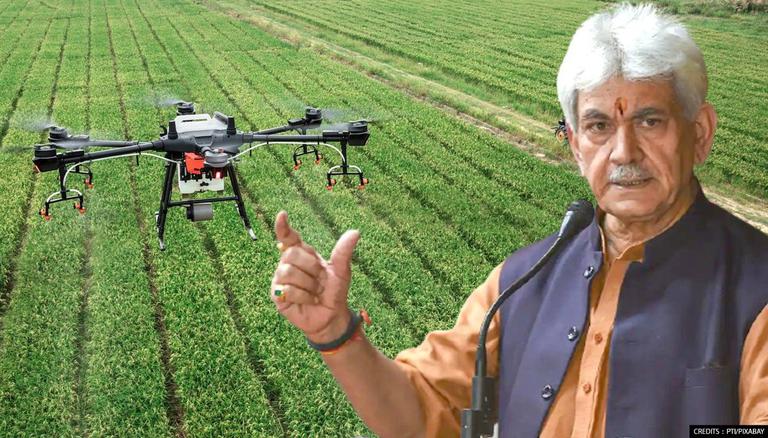 
In a significant development in securing the sensitive areas against incidents of drone attacks, the Lieutenant Governor's House i.e. the Raj Bhawan and Civil Secretariat in Jammu have been declared a 'No Fly Zone'. An order has been passed to this effect on July 5 by the Jammu and Kashmir administration. Moreover, the areas where J&K LG Manoj Sinha is scheduled to visit will also be made 'No Fly Zone'.

"Airspace between Raj Bhawan, Jammu and Civil Secretariat, Jammu is declared as 'No Fly Zone' and flying of Drones & Unmanned Aerial Vehicles (UAVs) shall be strictly prohibited over and above these premises with immediate effect," the order stated.

"There shall be complete prohibition on flying of Drone and UAVs over all areas/venues in District Jammu as and when Lieutenant Governor is scheduled to visit in connection with holding of events," the order added.

These precautionary measures are in view of the multiple blasts which occurred in the premises of the technical area of the Jammu airport. Two blasts were heard within a gap of 5 minutes, the first blast sound was captured in the CCTV at 1.37 am while the second at 1.43 am. The attack is being investigated by the National Investigation Agency (NIA). The probe called the attacks 'a well-planned conspiracy to target national aerial assets and challenge the national security' of the country. Although there was no damage to any aerial assets. Although no damage has been caused to Indian aerial assets, Air Force personnel suffered minor injuries.

Also, drone activity was spotted at the Indian High Commission in Islamabad hours before the attack was carried out at the Jammu Air Force station. According to sources, the drone was allegedly trying to capture the details of a diplomatic event held at the Indian High Commission. Moreover, multiple drone sightings have occurred after the twin blasts at the Jammu Airbase. On one instance, the BSF troops fired 5-6 rounds to shoot the drone after which its movement shifted towards Pakistan's territory.

Speaking about the recent multiple blasts of Jammu and Kashmir, Central Reserve Police Force Deputy Inspector General (DIG) Bhanu Pratap Singh had said that the force is taking the drone attack threat very seriously and the work to secure all CRPF camps from the incident is underway.

The CRPF said to ANI, "We take this (drone) threat very seriously. The work is in progress to secure all CRPF camps from this threat. This is not a new threat."

"We were anticipating this kind of threat from Pakistan," he said on being asked which country is likely to carry out drone attacks near border areas.

To counter the Pakistani drone activities, the Indian Army has installed an electro-optic drone system in various areas near the LoC. As per reports, the new anti-drone system cuts off the signal from its parent control or operator and uses a laser to bring down drones at a distance of 1.5 kilometres by disrupting its communications system. Indian Air Force (IAF) has initiated a process to acquire 10 counter unmanned aircraft systems for deployment at various air bases in India. The Air Force had floated a Request for Information (RFI) inviting bids for anti-drone systems. Importantly, the RFI has been floated for Indian vendors and the airforce is seeking a 'Made in India' anti-drone system. The main weapon of the system should be a Laser-based Directed Energy Weapon, as per the request sought by the IAF.