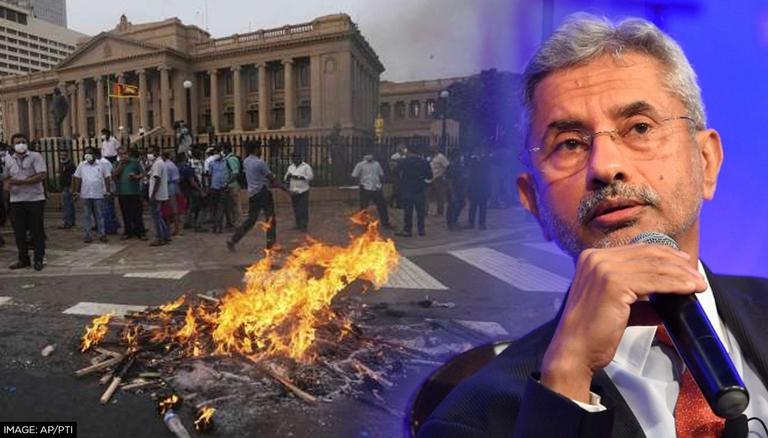 
Amid the ongoing economic crisis in neighbouring Sri Lanka, India's External Affairs Minister S Jaishankar called the situation in the country "very sensitive" and asserted that India will provide all help to its neighbour. It is important to mention that Sri Lanka is being rocked by violent protests amid the chaotic economic situation. Protestors also attacked the houses of former PM Ranil Wickremesinghe and President Gotabaya Rajapaksa. In the face of protests, Wickremesinghe tendered his resignation to make way for an all-party government whereas President Rajapaksa is expected to submit his resignation on July 13.

Speaking on the Sri Lanka crisis, Jaishankar said, "Our commitment and support is to the Sri Lankan people because of the feeling of friendship we have been extremely helpful to Sri Lanka."

#WATCH The situation in Sri Lanka is sensitive & complicated. Our support is for the people of Sri Lanka because they are our neighbours. We want to help them go through a very difficult phase in their lives: EAM Dr S Jaishankar in Thiruvananthapuram pic.twitter.com/HCxy6pKnY8

The Indian External Affairs Minister refused to comment on the internal issue of the neighbouring country stating, "We are concerned about the economic situation of the country". He further asserted that there many news on social media and mainstream media about the situation and "we are following it".

Jaishankar said, "Reports on social media and media keep appearing and after some time they are denied. We can not keep commenting on everything which appears on media and social media. If something is related to India, or someone says something about the country which is inaccurate we will clarify."

The External Affairs Minister also asserted that India will debunk any fake news like the way the Indian embassy in Sri Lanka did on July 11. The High Commission of India in Sri Lanka had said, "The High Commission would like to categorically deny speculative reports in sections of media and social media about India sending troops to Sri Lanka. These reports and such views are also not in keeping with the position of the Government of India."

On July 9, Sri Lankan Prime Minister Wickremesinghe tendered his resignation to make way for an all-party government to take over. Taking to Twitter he wrote, “To ensure the continuation of the Government including the safety of all citizens, I accept the best recommendation of the Party Leaders today, we make way for an All-Party Government. To facilitate this, I will resign as Prime Minister.”