During a telephone chat between EAM S Jaishankar & his Japanese counterpart Hayashi on Monday, the situation in Afghanistan and South China sea were discussed. 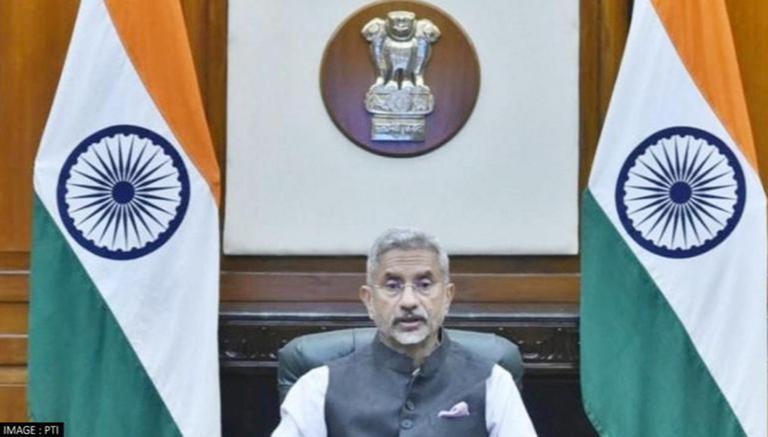 
During a telephone chat between External Affairs Minister S Jaishankar and his Japanese counterpart Hayashi Yoshimasa on Monday, November 22, discussed the situation in Afghanistan, South China Sea, and strategies to ensure a free and open Indo-Pacific region. According to a statement issued by Japan's foreign ministry, the two ministers reviewed regional conditions and expressed their strong opposition to any unilateral attempt to change the status quo by force in the East and South China Seas. It stated that both parties would strengthen their economic security cooperation by developing resilient supply chains.

About the telephonic conversation, that lasted for nearly 20 minutes, the Japanese foreign ministry stated, ''the two ministers discussed regional situations and shared their strong opposition to any unilateral attempt to change the status quo by force in the East China Sea and the South China Sea and any economic coercion.''

Great pleasure to speak to Foreign Minister @hayashi09615064 of Japan.

Both sides agreed to coordinate to organise "2+2" ministerial conversation

According to the statement, Hayashi and Jaishankar agreed to collaborate to make a visit to India by Japanese Prime Minister Fumio Kishida a reality as soon as possible, and that both sides will coordinate to organise the next session of Japan-India "2+2" ministerial conversation. Both the leaders agreed to expand their cooperation in dealing with regional issues such as Myanmar and Afghanistan, according to the Japanese ministry. Moreover, they also pledged to work together to combat COVID-19 and the threat of terrorism.

''The two ministers exchanged views on bilateral relations and confirmed that resuming both leaders' annual mutual visits is of particular importance, affirming to work together for the early realisation of Prime Minister Kishida's visit to India at an appropriate time,'' the Japanese foreign ministry added.

The two ministers also discussed cybersecurity and economic security challenges, as well as methods to deal with climate change. Through bilateral and quadrilateral cooperation with Australia and the United States, the two ministers affirmed to work closely toward the realisation of a common vision of a free and open Indo-Pacific, the release stated. Furthermore, they also addressed the situation in North Korea, especially its nuclear and ballistic missile programmes, and Minister Hayashi Yoshimasa requested understanding and support on the abduction issue, according to the statement.

Last week, External Affairs Minister S Jaishankar met with Saudi Foreign Minister Faisal bin Farhan to discuss a variety of subjects, including the resumption of travel services and developments in Afghanistan. 'Good to talk to Saudi Arabia's Foreign Minister, Faisal bin. We discussed the resumption of travel and developments in Afghanistan,' Jaishankar posted on Twitter.