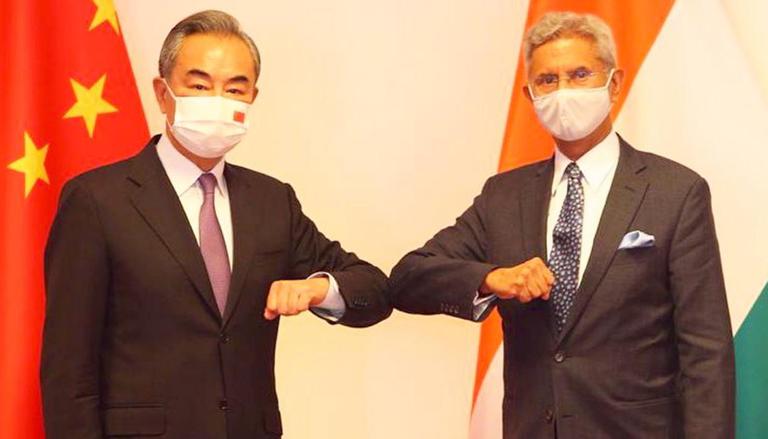 
India's External Affairs Minister (EAM) S Jaishankar met with his Chinese counterpart Wang Yi on Wednesday. During the meeting, EAM Jaishankar expressed that the unilateral change of status quo was not acceptable. The two met on the sidelines of Dushanbe SCO Foreign Ministers Meeting.

EAM S Jaishankar took to Twitter to share the details regarding the meeting. Sharing pictures of the meeting, Jaishankar tweeted, “Concluded a one-hour bilateral meeting with State Councilor and FM Wang Yi of China on the sidelines of Dushanbe SCO Foreign Ministers Meeting. Discussions focused on the outstanding issues along the LAC in the Western Sector.”

Highlighted that unilateral change of status quo is not acceptable. Full restoration and maintenance of peace and tranquility in border areas is essential for development of our ties.

Agreed on convening an early meeting of the Senior Military Commanders.

Making India's stance clear, Jaishankar told China to disengage completely and resolve the remaining issues on LAC. The External Affairs Minister also made it clear full resotration is essential for 'development' in bilateral ties with China . The two counterparts also agreed on a Senior Military Commanders meeting to be held soon.

READ | EAM Jaishankar at SCO meet on Taliban crisis: 'World against seizure of power by force'

“Highlighted that unilateral change of status quo is not acceptable. Full restoration and maintenance of peace and tranquillity in border areas is essential for development of our ties. Agreed on convening an early meeting of the Senior Military Commanders,” he further added, hinting at a possible restoration of the status quo on LAC.

Earlier on July 8, S Jaishankar noted that India-China relations' foundation was disturbed post the Galwan valley clash. EAM Jaishankar claimed that the tranquillity on the border is the bedrock of a relationship with a neighbour, which was destroyed. Emphasising the effects of the Galwan clash, he also said that India and China have had a "very stable" relationship for the past four decades until the incident happened in 2020.

Following the India China standoff last year, the External Affairs Minister had asked China to restore the status quo ante of April 2020 on the LAC. S Jaishankar had said the same during his marathon meeting with Chinese FM Wang Yi in Moscow. Jaishankar had told Wang about bilateral agreements on maintaining peace and tranquillity along the India China LAC. During the meeting, Wang was also urged to discipline and control PLA’s frontline troops from undertaking provocative actions along the borders.

It was later conveyed to China that PLA actions were in complete disregard to the understandings reached between the two foreign ministers and special representatives. However, no special actions came off it. During the meeting, China’s official news agency Xinhua had also blamed India for destabilising the border.