'Earth Anthem' By Indian Poet-diplomat Gets Translated Into 100 Languages

Earth Anthem, originally penned by Indian diplomat and poet Abhay Kumar, was, on May 22, translated into 100 languages. Iti s based on 'Vasudhaiva kutumbhkam'. 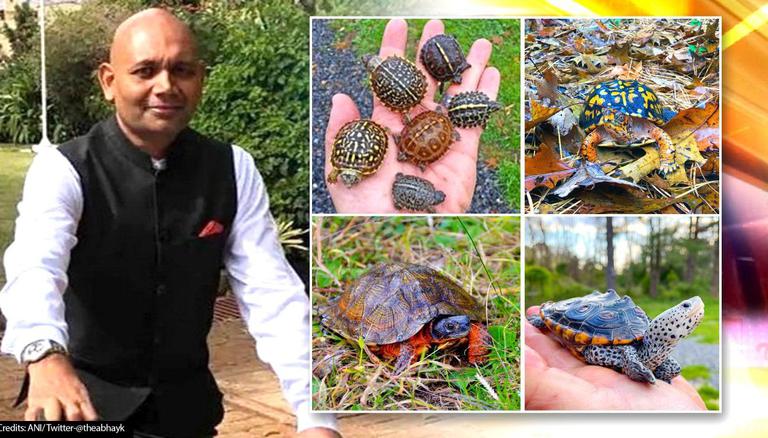 
The Earth Anthem, originally penned by Indian diplomat and poet Abhay Kumar, was, on May 22, translated into 100 languages. The translation was made as the people across borders marked International Day for Biological Diversity, an occasion dedicated to promoting biodiversity issues. According to ANI, the celebratory song is inspired by the Sanskrit phrase Vasudhaiva Kutumbakam, which means “the world is one family.”

Kumar, who has served at discreet diplomatic capabilities in countries including Russia, Madagascar, Nepal, composed the poem while serving in the Russian city of St. Petersburg in 2008. Since its inception, the Earth Anthem has not only been translated in a myriad range of languages but has also been performed across the globe on World Environment Day and Earth Day.

Earth Anthem calls for unity of all the species on Earth and among all the people and all the nations to fight the triple crisis of climate change, biodiversity loss and environmental pollution. The lyrical poem also calls people to rise over our differences and unite to save our planet for future generations besides understanding the symbiosis or mutual interdependence between humans and other species of the planet.

International Day for Biological Diversity is a United Nations-sanctioned day that aims to promote understanding and awareness of biodiversity issues. This day is celebrated on May 22 each year since 2001. Biodiversity is the living fabric of our planet. UNESCO states that it underpins human well-being in the present and in the future, and its rapid decline threatens nature and people alike. To reverse this decline, it is important for people to take their roles, actions and relationships with biodiversity seriously.

The 2021 theme for International Day for Biological Diversity is “We’re part of the solution”. As per the Convention on Biological Diversity, the slogan was chosen to be a continuation of the momentum generated last year under the over-arching theme, “Our solutions are in nature”, which served as a reminder that biodiversity remains the answer to several sustainable development challenges.