The yearly friendly exchange at the most celebrated portal between India and Pakistan was witnessed again on Eid on Wednesday, as the Border Security Force (BSF) and Pakistan Rangers shared sweets with each other at the Attari-Wagah Border. 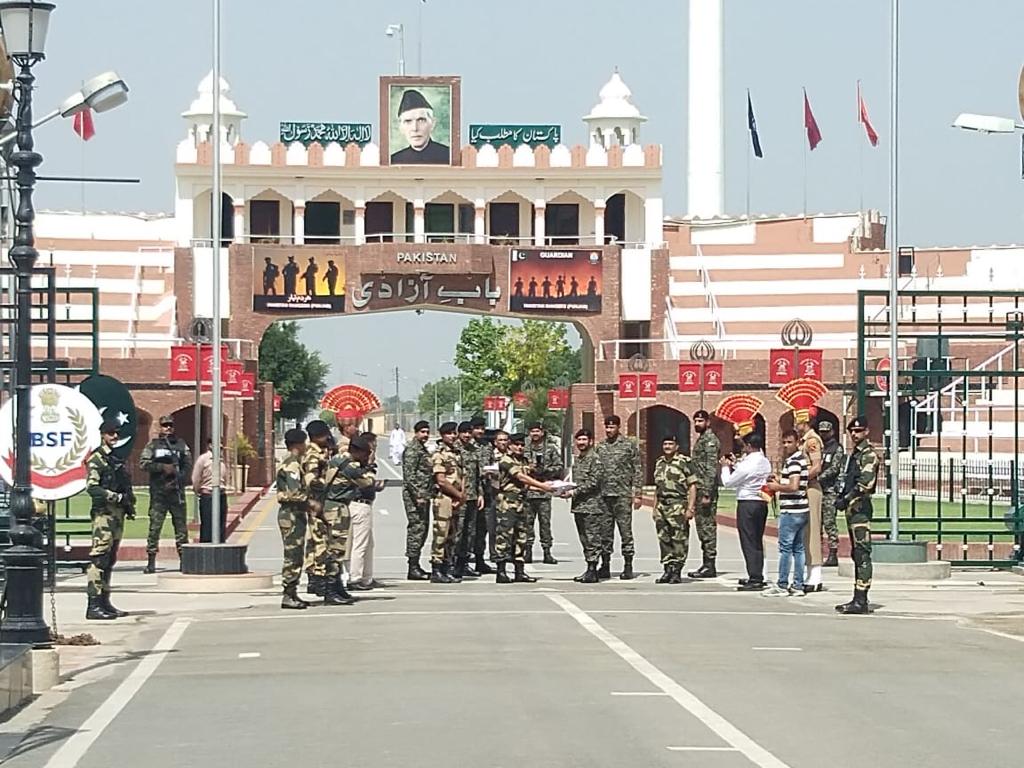 During the exchange, which comes just six days after Prime Minister Narendra Modi was sworn-in for his second term, the security counterparts of two neighbours greeted each other and exchanged boxes of sweets, with BSF Commandant Mukund Kumar Jha offering sweets to Usman Ali, a Pakistan wing commander. 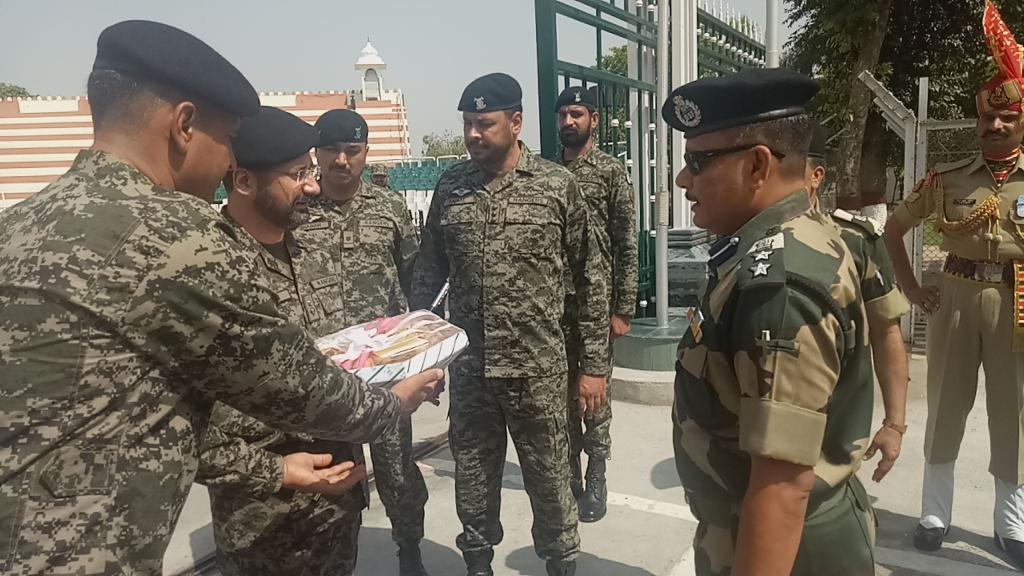 The gesture happened on the auspicious festival of Eid-ul-Fitr. Border security personnel of both the countries have a history of exchanging sweets on festivals and days of national importance.

Eid-ul-Fitr marks the end of Ramzan, the holy month during which Muslims across the world observe daily fasting.