Ex-GJM leader Anit Thapa stated during the inauguration of the new political party that the party's major goal will be to safeguard the people of Darjeeling. 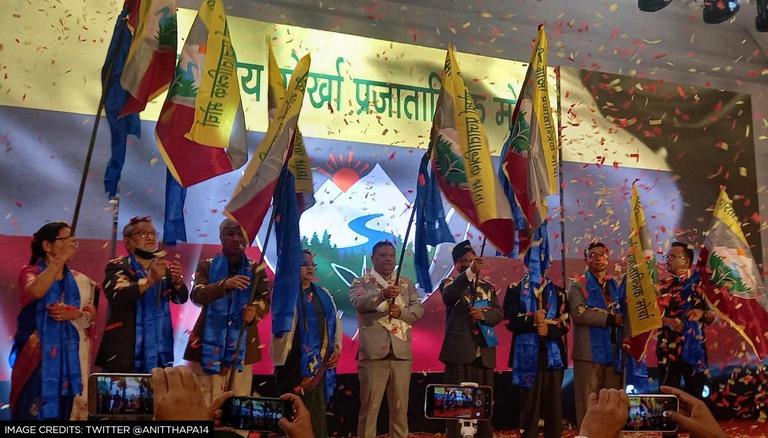 
A new political party, Bharatiya Gorkha Prajatantrik Morcha (BGPM) was established by Anit Thapa, the former leader of the Gorkha Janmukti Morcha (GJM) on Thursday in the hills of Darjeeling. In July, Thapa being the ex-president of Gorkha Janmukti Morcha (GJM-2) left the GJM division. Thapa stated during the inauguration of the new political party that the party's major goal will be to safeguard the interests of the people of Darjeeling.

As per ANI, he stated, “We have been working to launch the party for past more than a month. Our main agenda is work for people of the hill and the Gorkha community." Thapa further clarified that the new party will not deal with the situation with any argumentative approach and would instead cooperate with the state and Central governments to tackle the issues of the citizens in Darjeeling.

More about the launching of the new party

Ex-GJM leader, Thapa went on to say that the party has two groups of people appointed to look after the two sections of people. One team will look into the matters in difficulties of those residing in the hills, and the other team will deal with the Gorkha community's problems. “The demand for Gorkha land is in every Gorkha's heart. We will take the dialogue forward. But we won't burn our mountains for this," he added. The Bhartiya Gorkha Prajatantrik Morcha is the recent addition to the list that currently includes 11 parties representing a population of only 8.75 lakh population in Darjeeling.

READ | GJM's Bimal Gurung says, 'Will not support BJP even if I have to sacrifice my life'

In his Twitter account, Thapa shared some glimpses of the inaugural event of the new party, where he wrote, “Glad to announce that we have launched the party Bharatiya Gorkha Prajatantrik Morcha today”.

Glad to announce that we have launched the party Bharatiya Gorkha Prajatantrik Morcha today pic.twitter.com/wne8Fo5Oci

Thapa was appointed by the West Bengal government as the chairman of the board of administrators in 2019, of the Gorkhaland Territorial Administration (GTA) which is a partial self-govern developmental agency that oversees the Darjeeling administration.  This came after Tamang resigned from the job to run in a Darjeeling parliamentary by-election, which he failed to win against the BJP's candidate. Thapa was then pulled out from the GTA prior to this year's assembly elections.

Whereas Binay Tamang, another GJM prominent member, had also quit the party before Thapa. The Gorkha Janmukti Morcha (GJM), which launched violent demonstrations in Darjeeling in 2017 with Bimal Gurung's leadership, is now nearly obsolete.