A video of the incident, which took place at a workshop held in Muzaffarnagar of Uttar Pradesh on January 3, had gone viral on social media on Thursday. 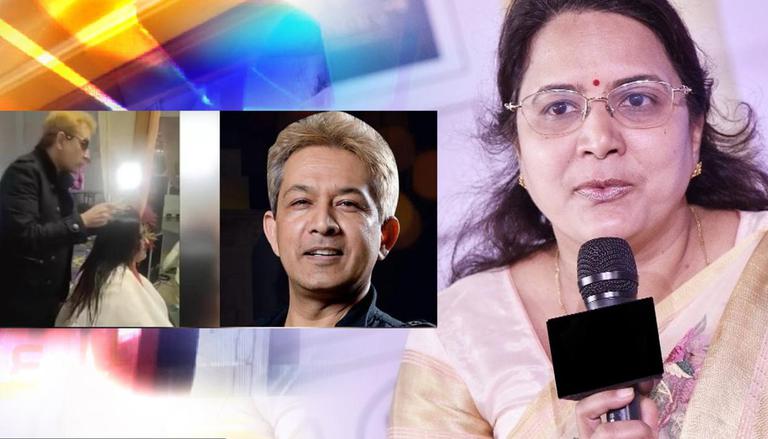 
Former Jaipur Mayor and Congress leader Jyoti Khandelwal on Friday lodged a complaint against hairstylist Jawed Habib for insulting women by allegedly spitting on a woman's hair while styling it.

A video of the incident, which took place at a workshop held in Muzaffarnagar of Uttar Pradesh on January 3, had gone viral on social media on Thursday.

"This shows the perverted mindset of the person who insulted women through his act. He is a celebrity and such an act warrants strict action. We have lodged a complaint with the police to register FIR," Khandelwal said.

In the video, Habib is heard telling the audience, If there is a shortage of water, use saliva.

Kotwali police here said it has started investigating the matter.

"We have received the complaint that the hairstylist spat on a woman's hair. Though the incident happened in Uttar Pradesh, we have started investigating the matter," Kotwali SHO Om Prakash Matwa said.

Earlier in the day, Habib was booked in Muzaffarnagar on a complaint filed by Pooja Gupta, a resident of Baraut town, on whose hair Habib allegedly spat during the workshop, the UP Police said.

The National Commission for Women (NCW) has also summoned Habib on January 11 to explain his action.