Thousands of farmers have reached the borders of the national capital to observe a 'Black Day' to commemorate the 6-month anniversary of the movement. Even after repeated appeals by the Punjab government and medical experts which warned of the dangers of this mass rally amid COVID-19, hundreds of farmers were seen roaming around maskless with no regard to social distancing at several borders of Delhi.

At the Ghazipur border, farmers raised black flags and burnt effigies of Prime Minister Narendra Modi led by BKU leader Rakesh Tikait. "We are carrying black flags today because 6 months have passed and the government is not listening. We have unfurled the tricolour as well. We are burning the effigies of the government. Everything is peaceful.  We are also following the COVID protocols," said Tikait. Despite Tikait's statement, several farmers were seen without masks.

Farmer protests have also spread to the Chandigarh-Delhi highway which has been partially blocked by the agitators for movement. Once again at the Lalru toll plaza, farmers raised black flags and several were caught roaming maskless. 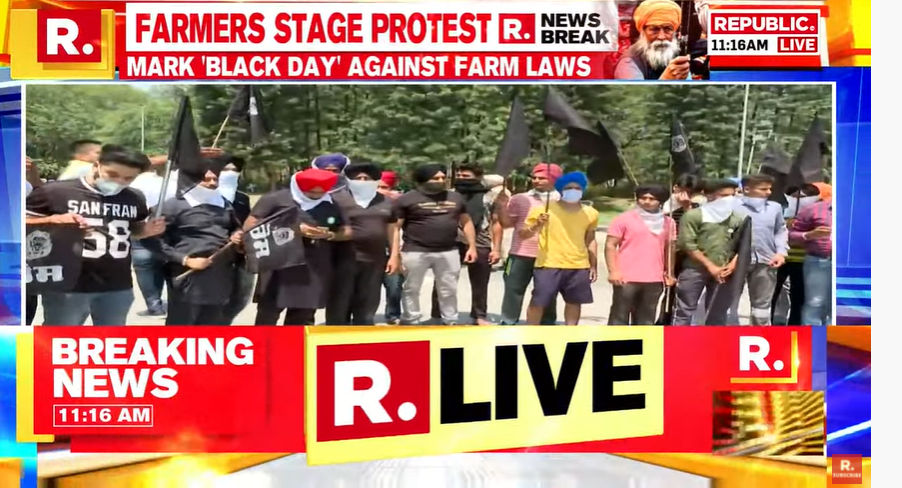 A similar sight was witnessed at the Singhu border. While speaking to RepublicTv, a farmer said that while they were aware of the COVID-19 situation in the country, the onus was on the Centre. "There can be COVID in crowds but that is a failure of the Centre. They have made these laws to kill the farmers, labourers, and the poor," said one of the farmers on the ground at the Singhu border. 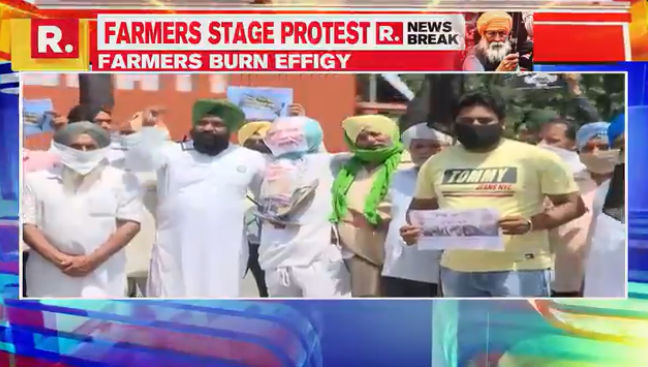 The decision to continue with the farmer protest comes even as Punjab Chief Minister Captain Amarinder Singh issued an appeal to the farmers to not go ahead with their Kisan Andolan with could turn into a 'super-spreaders of the Coronavirus. The CM had specified that an event like a dharna could potentially nullify the government's efforts in tackling the virus. Notably, several villages and interiors of both Punjab and Haryana are reporting COVID cases after the infection spread into villages owing to the months-long protest at Delhi borders.

Farmers have been camping at Delhi's borders since November 2020 against the Farmers' Produce Trade and Commerce (Promotion and Facilitation) Act, 2020, Farmers' (Empowerment and Protection) Agreement on Price Assurance and Farm Services Act, 2020 and the Essential Commodities (Amendment) Act, 2020.