In a crackdown against the Tukde gang, an FIR has been lodged against Shehla Rashid over the false information she had posted on Twitter against the Indian Army

In a crackdown against the Tukde gang, an FIR has been lodged against Shehla Rashid over the false information she had posted on Twitter against the Indian Army about Kashmir. Republic TV has accessed the FIR lodged by the Special Cell of Delhi Police. The FIR was lodged two days ago and the Delhi Police can arrest Shehla Rashid. Rashid will approach the court seeking anticipatory bail, sources said.

Read the FIR copy against Shehla Rashid below 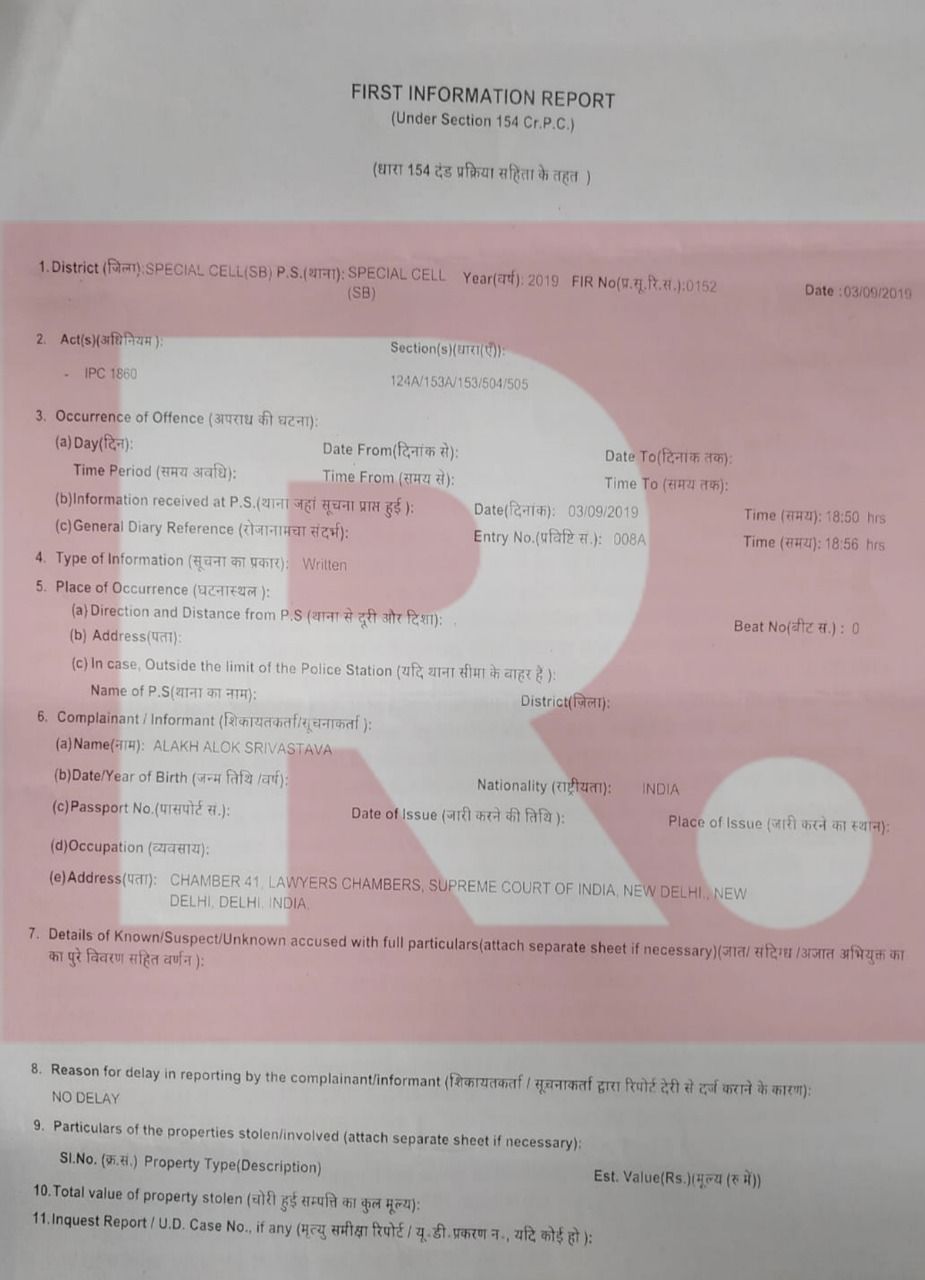 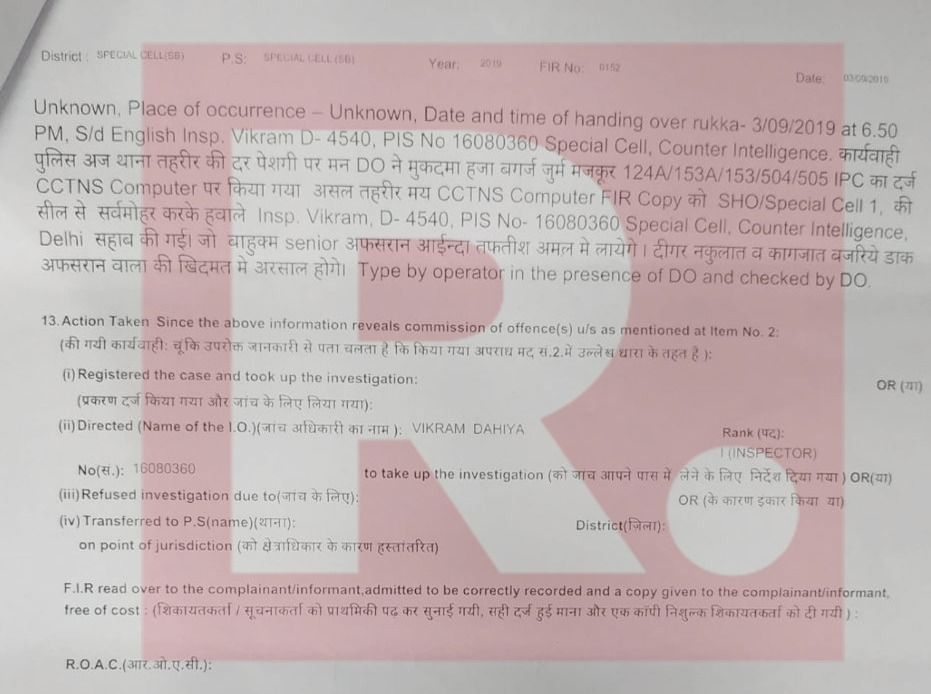 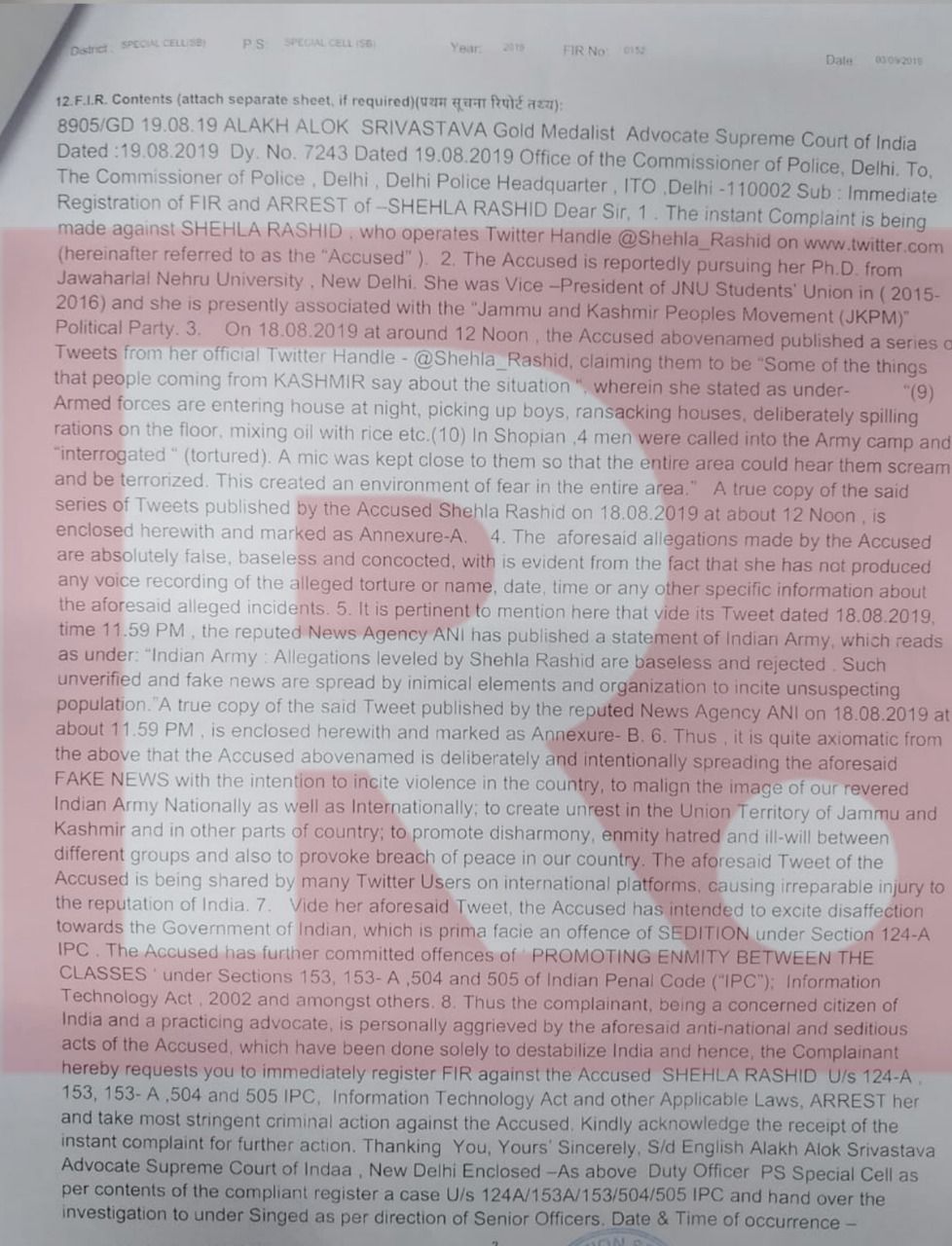 In a series of tweets, Shehla Rashid had in August, following the revocation of Article 370 in Jammu and Kashmir and increase in the Security Forces presence in the region, said, "People are saying that Jammu and Kashmir Police has no authority on law and order situation. They have been rendered powerless. Everything is in the hands of paramilitary forces. One SHO was transferred on complaint of a CRPF man.SHOs carrying batons. Service revolvers can't be seen on them." In another post, she wrote, "Armed forces are entering houses at night, picking up boys, ransacking houses, deliberately spilling rations on the floor, mixing oil with rice, etc."

Rashid also claimed that in Shopian, four men were called into the "Army camp and "interrogated" (tortured)." "A mic was kept close to them so that the entire area could hear them scream, and be terrorised. This created an environment of fear in the entire area," she wrote. Rashid was also named in the chargesheet filed by the Delhi Police against the anti-India sloganeering in Jawaharlal Nehru University (JNU) which happened in 2016. She has joined the Shah Faesal's Jammu and Kashmir People's Movement recently.

Shehla Rashid admits her claims were based on hearsay

Former JNU student leader Shehla Rashid had in August admitted that her tweets about alleged harassment by the Indian Army in Jammu and Kashmir were based on hearsay. During a media briefing, the 'activist' was exposed as the media questioned about proof of her claims about the statements she made where she alleged that Indian Army was harassing people of Kashmiri. She also dared the Indian Army to conduct an inquiry on what she had claimed in her tweets.