Newly elected MP from Trinamool Congress — Nusrat Jahan Ruhi tied the knot with businessman Nikhil Jain in Turkey on Thursday morning. She took to her Twitter handle and wrote: "Towards a happily ever after with Nikhil Jain" [sic]

Towards a happily ever after with Nikhil Jain ❤️ pic.twitter.com/yqo8xHqohj

Due to the wedding, Bengali actress Nusrat who contested in the Lok Sabha election from the Basirhat seat this year missed taking oath as a Member of Parliament. Another actress and fellow first time MP Mimi Chakraborty also attended the wedding in Bodrum and in turn missed taking oath in the Lok Sabha. For those unaware, Mimi Chakraborty had won the Jadavpur Lok Sabha seat as a Trinamool Congress candidate. The two hit headlines when they faced backlash on social media over their choice of clothes for their first day in Parliament. 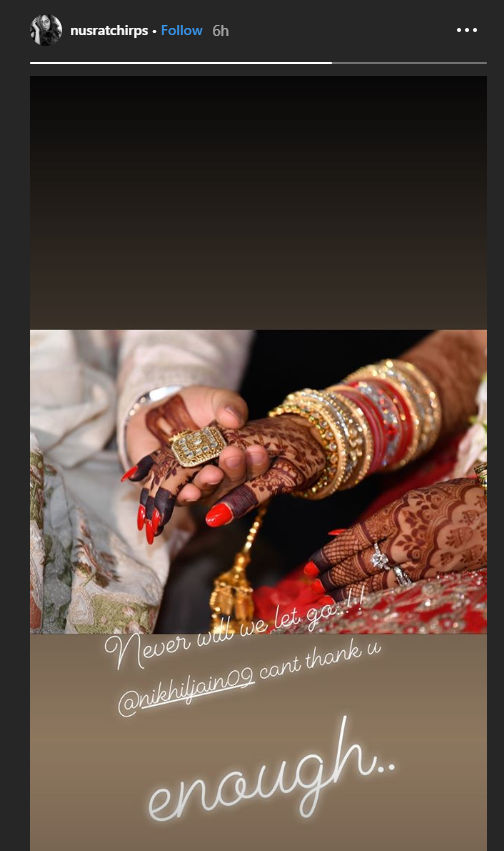 As reported by ANI, after the first two days exclusively earmarked for oath-taking by MPs, five newly-elected lawmakers are yet to do so in the Lok Sabha.