Flights From Bareilly To Delhi To Operate 7 Days, 4 Days To Mumbai From August 26 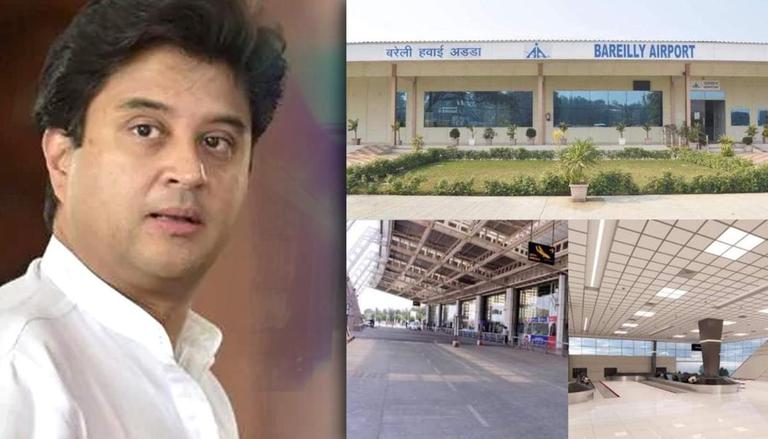 “From August 26, weekly flights from Bareilly will operate to Delhi for 7 days, Mumbai for 4 days and Bengaluru for 3 days. These flights will connect the nation with not only Bareilly but other areas like Nainital, Ranikhet,” informed Jyotiraditya Scindia. Earlier, the first commercial passenger flight to Bareilly airport was flagged off by the former Aviation Minister Hardeep Singh Puri on March 8.

On Thursday, Union Aviation Minister Jyotiraditya Scindia flagged off IndiGo's first Bareilly-Mumbai flight that would operate under regional connectivity scheme UDAN (Ude Desh ka Aam Nagrik). Aftre flagging-off of the new flight service, the Ministry of Civil Aviation (MoCA) had said that the Bareilly airport is now upgraded for better services. "The Bareilly airport has been upgraded for commercial flight operations under UDAN. Bareilly is the 8th airport of Uttar Pradesh after Lucknow, Varanasi, Gorakhpur, Kanpur, Hindon, Agra and Prayagraj," the ministry tweeted. "The operationalisation of this (Bareilly-Mumbai) route aligns with the objectives of the #SabUdenSabJuden and aims to strengthen the aerial connectivity of the Tier-2 & Tier-3 cities of the country with the metros," the MoCA noted.

Under the UDAN scheme, financial incentives from the Centre, state governments and airport operators are offered to selected airlines to increase services. The airlines are urged to begin operations from unserved and underserved airports while keeping airfares affordable for the public. To date, 59 airports (including five heliports and two water aerodromes) on 363 routes have been made functional under the scheme. According to the ministry, the Airports Authority of India has invested over Rs 17780 crore towards upgrading the airport infrastructure under the scheme. The state of Uttar Pradesh has been one of the biggest beneficiaries of the scheme, as approximately 55 routes have been operationalised here under the UDAN scheme, the ministry noted.