The Standing Committee on Water Resources expressed concerns that 'run of the river' projects undertaken by China may impact the water flow of the Brahmaputra. 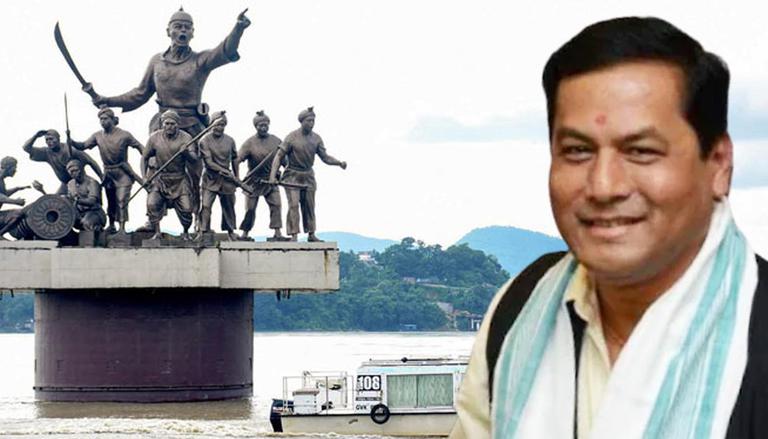 
Union Minister Sarbananda Sonowal on Saturday informed that the Centre is taking initiatives to develop the Brahmaputra and Barak rivers. The announcement comes weeks after a Parliamentary panel observed that the Chinese movement on the Brahmaputra must be monitored. Earlier, the people of Assam had expressed apprehension over the Chinese government’s plan to build a dam on the river.

Sonowal further stressed the importance of developing these rivers by pointing out their role in northeast India’s economic structure. "We are going to take various initiatives to develop Brahmaputra and Barak rivers. These are the two major rivers we have in the entire northeast which are economically viable waterways of the country," the minister said.

Earlier, reports had emerged regarding the Chinese government’s plans to construct a dam on the river Brahmaputra. The people of Assam had expressed concerns over the same during the first phase of the state Assembly elections. Over 56% of the Brahmaputra, which is a trans-Himalayan river, flows through Chinese territory. The river also known as the Yarlung Tsangpo receives an annual rainfall of about 2,000 to 2,100 mm, resulting in swelling of the river line while flowing through India.

Monitor Chinese actions on the Brahmaputra

Earlier this month, a Parliamentary panel observed that there is no water treaty between New Delhi and Beijing over the Brahmaputra apart from the Memoranda of Understanding (MoUs) on the Brahmaputra and Sutlej rivers signed by the two nations, which will be in force for five years and are regularly renewed.

The Standing Committee on Water Resources expressed apprehension that though 'run of the river' projects undertaken by China may not lead to diversion of waters, there remain possibilities of water being stored and released selectively to have an impact on the water flow of the Brahmaputra river.

Such a move could affect India's endeavours to tap the region's water resources as the Brahmaputra is critical to the water security of northeast India and Bangladesh. In November last year, Yan Zhiyong, the chairman of the Power Construction Corp of China, said his country will "implement hydropower exploitation in the downstream of the Yarlung Tsangpo River" and the project could serve to maintain water resources and domestic security. The recent report submitted by the panel recommended that India should constantly monitor the Chinese actions to avoid any major interventions on the Brahmaputra River.