The four members, who acted as associates of Sushil Kumar in the Chhatrasal stadium brawl have revealed the entire conspiracy and sequence of events. 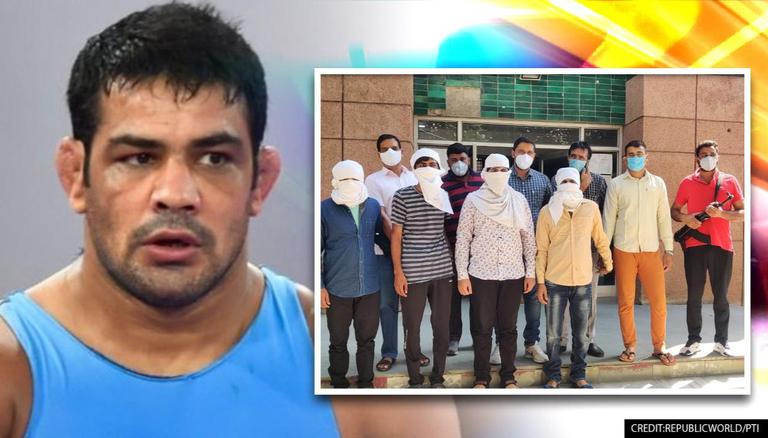 
The Delhi Police on Wednesday arrested four associates of Olympic wrestler Sushil Kumar in the Chhatrasal Stadium murder case which led to the death of 23-year-old junior wrestling champion Sagar Rana. The four associates are said to be members of notorious gangster Kala Aasaudia's gang and have pending Non-Bailable Warrants (NBWs) against them.

The Delhi Police nabbed the group after they received intel on the whereabouts of the gang members. A team of Special Staff Rohini comprising of SI Sudeep, ASI Narender, ASI Ravinder, ASI Dalbir, HC Vinod Kumar, HC Shri Krishan, Ct. Ashwani, Ct Naveen, Ct Parveen, and Ct Tarun under the leadership of Inspector Ishwar Singh and supervision of Brahmjeet Singh, ACP/Operation Cell apprehended the gangsters from Kanjhawala area on the May 25-26 night.

The four members, who acted as associates of Sushil Kumar in the Chhatrasal stadium brawl have revealed the entire conspiracy and sequence of events leading up to Sagar's murder, as per the Delhi Police.

Following a two-week manhunt, the Delhi Police arrested Sushil Kumar along with his associate Ajay Kumar on Sunday after which he was produced before a Delhi Court which sent him 6-days of police custody. He was accused of 'acting like a criminal' by repeatedly changing his locations and using 14 SIM Cards to avoid being traced.

"Sushil and his associates thrashed victims like animals. Sushil wanted to establish his terror in the area. The manner in which the victims have been beaten is gruesome," submitted Additional Public Prosecutor (APP) Atul Srivastava appearing for police before the court.

The Delhi Police on Monday took the wrestler to three locations in the city-- Model Town, Shalimar Bagh, and Chhatrasal Stadium. He was interrogated for four hours and also made to recreate the crime scene in the Model Town Stadium. The Crime Branch has revealed that Sushil Kumar was 'nervous' and repeatedly changing his statement. He has claimed that while he was present at the Stadium, he only acted as a 'mediator' between the warring groups.