The Union Leader Nitin Gadkari also admitted earlier there was a shortage and people lost their lives. He also said that shortage was due to black marketing. 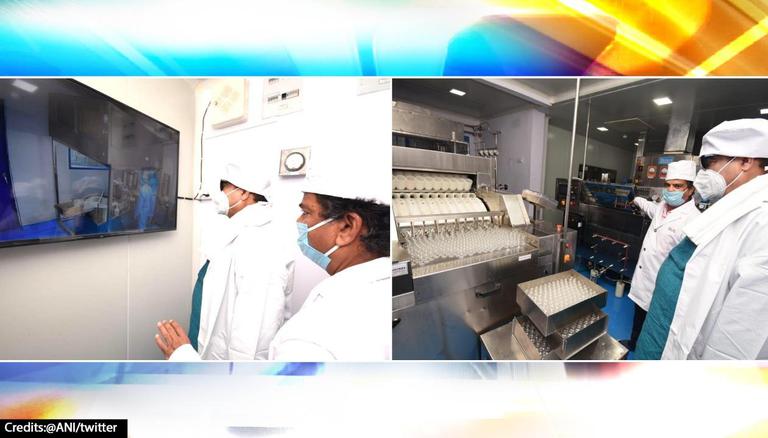 
Union Transport Minister Nitin Gadkari, on Thursday, visited Genetic Life Sciences (pharmacy) in Wardha, to oversee the production of Remdesivir injections amid a shortage. While talking about the drug given to critical COVID-19 patients, the transport minister said that earlier there was a shortage due to which several people lost their lives. The Government has increased the production and there will be enough availability of the drug, added Nitin Gadkari.

The union transport minister also blamed black marketing for the shortage of Remdesivir.

"But we tried (and to got manufacturing rights), Remdesivir will be provided to people at govt’s price. Now I think there'll be no black marketing or no person will die due to lack of it, there’s no reservation, can be provided to other states when there will be surplus," said Nitin Gadkari.

He also added that since Remdesivir was a "patent product" so it was difficult to increase production.

There was a shortage of Remdesivir injection, because of it incidents of black marketing took place, several people lost their lives as they haven’t received Remdesivir, so we decided to increase its production, it was a patent product, so it was difficult to do it: Gadkari pic.twitter.com/Eyl6DsixcG

READ | COVID-19: Sale, supply of remdesivir injections to be monitored in Uttarakhand

The above-mentioned cases are some of the recent unfortunate events however the black-marketing of this essential item has been going on for a long time. Apart from critical drug Remdesivir, miscreants have also taken advantage of the necessity of Oxygen cylinders.

"Remdesivir not a magic bullet"

Other than black-marketing of the drug, a shortage is also seen as people are hoarding Remdesivir in their house to save themselves from COVID-19. However medical experts, doctors, and the Government are constantly warning citizens that it must only be given to patients in hospitals with severe symptoms. The doctors have also sent a message that the drug is not a magic bullet but it sure helps in curing the virus in a shorter span.