Amid the COVID-19 pandemic, the Goa government on Thursday declared Black Fungus infection, also known as Mucormycosis, as a notified disease 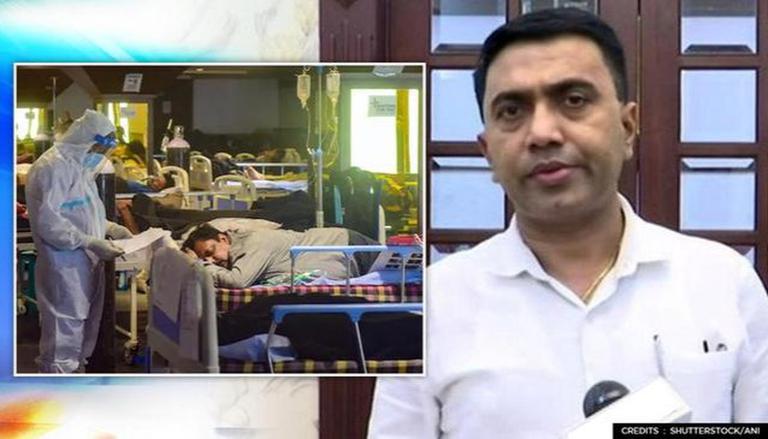 
The Goa government on Thursday classified mucormycosis or black fungus as a notified disease, making it mandatory for all private and government hospitals to report such cases. This decision has been taken by the state under the Goa, Daman and Diu Public Health Act, 1985. This comes after the Health ministry urged states to declare mucormycosis as a notifiable disease under Epidemic Diseases Act 1897.

"In exercise of the powers conferred by section 57 of the Goa, Daman and Diu Public Health Act, 1985 (Act 25 of 1985) (hereinafter called the 'said Act'), the Government of Goa hereby declares the following disease to be a notifiable disease for the purpose of part II of chapter VII of the said Act. throughout the State of Goa-- 1. Mucormycosis", read the Goa government's notification. 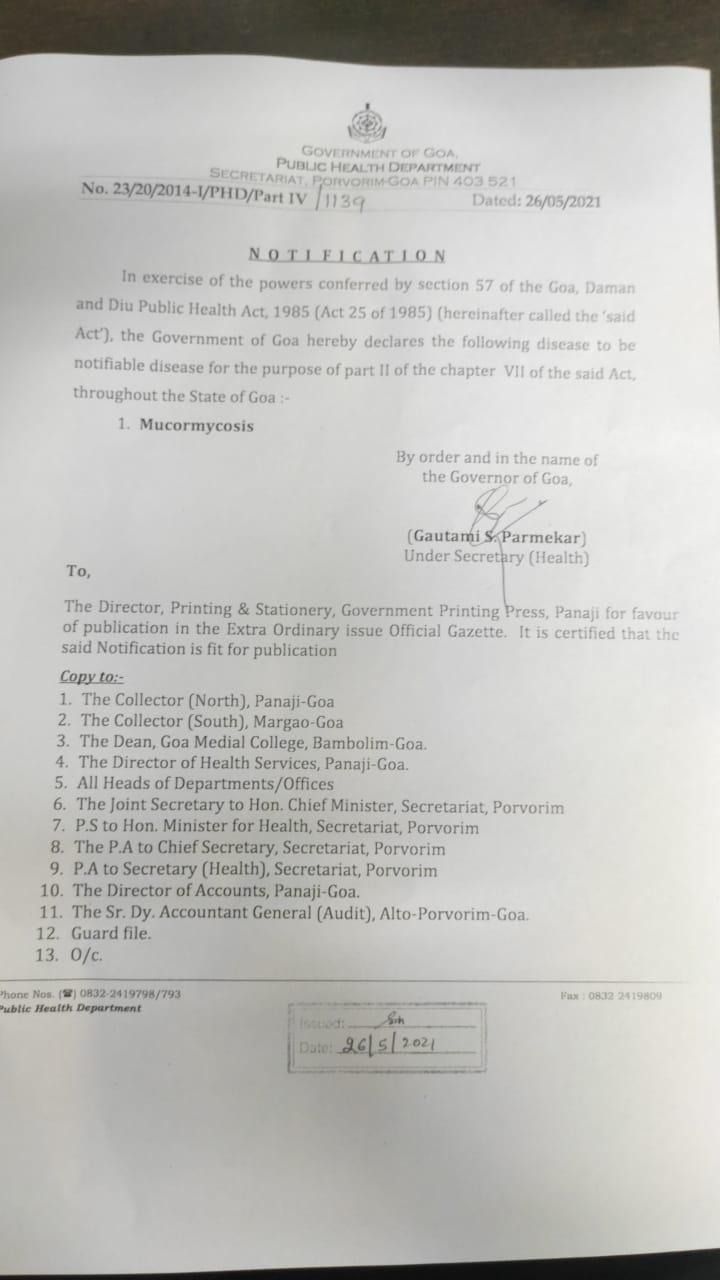 In Goa, six cases of mucormycosis or black fungus have been confirmed in some COVID-19 patients. On Friday, the state government said it will set up a separate 25-bed special ward to treat people infected with black fungus at the Goa Medical College and Hospital’s super-speciality block.

What is Black Fungus?

According to the Union Health Ministry, mucormycosis is a fungal infection that mainly affects people who are on medication that reduces their ability to fight environmental pathogens. Sinuses or lungs of such individuals get affected after fungal spores are inhaled from air and it may turn fatal if not cared for. While it is very rare, it can lead to loss of the upper jaw and sometimes even the eye. Warning signs include pain and redness around the eyes and/or nose, fever, headache, coughing, shortness of breath, bloody vomit and altered mental status.

Is black fungus contagious? What are the risk factors involved?

Unlike COVID-19 Mucormycosisis is not contagious. The most important criterion for developing the infection is immunosuppression. The patient’s immunity has to be very low when the fungus invades. Mostly it develops after the patient has recovered from active Coronavirus or when he/she has been on a high dosage of steroids, said Dr Shikha Gupta talking to Republic.