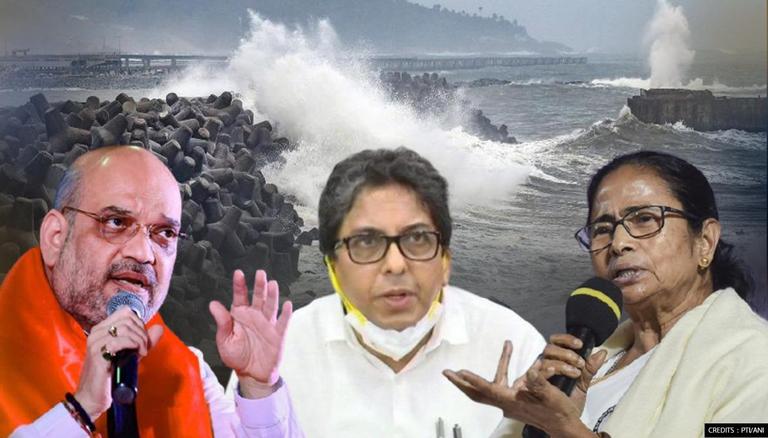 
Amid the tussle between the Centre and West Bengal Government over the state's (now former) chief secretary Alapan Bandyopadhyay, the Union Home Ministry officials on Tuesday stated that Alapan Bandyopadhyay was served a showcause notice hours before he retired, following which he was appointed by CM Mamata Banerjee as her Chief Adviser.

Officials have stated that he was served a showcause notice by the Union Home Ministry under Section 51 of the Disaster Management Act, 2005, punishable by imprisonment of up to two years or a fine or both. He has been given three days to respond.

The notice issued by the Home Ministry has also stated that Alapan Bandyopadhyay's act of "abstaining himself" from the meeting with the Prime Minister in Kolkata is tantamount to violation of the Disaster Management Act.

The notice has also pointed out that Prime Minister Narendra Modi and other members of his entourage waited for nearly 15 minutes for the officers of the State Government to arrive. Noting the absence of the state government officials, the Chief Secretary was called by a Central official as to whether they wanted to participate in the review meeting or not. The Chief Secretary along with the Chief Minister Mamata Banerjee then arrived for the meeting and left immediately thereafter, the notice highlighted.

During the post-cyclone review meeting, Mamata Banerjee had left for Digha after meeting PM Modi briefly and did not attend the review meeting over the damage caused by Cyclone Yaas. Following this, Mamata Banerjee maintained that she took the Prime Minister's permission before leaving, but government sources opposed her claims and said that the permission was not granted.

The political drama around Alapan Bandyopadhyay

The political drama surrounding Alapan Bandyopadhyay kicked off when the Department of Personnel and Training (DoPT) had on May 28 sought his services and asked the state government to relieve the officer immediately. Bandyopadhyay, who was scheduled to retire on Monday after completion of 60 years of age, was recently given a three-month extension by the state government as well as the Centre following a request by Mamata Banerjee. His extension was approved by the Appointments Committee of the Cabinet (ACC) headed by the Prime Minister. However, following the controversy surrounding the PM-CM meeting, in a communique to the state government, the Personnel Ministry on Friday said the ACC has approved the placement of the services of Bandyopadhyay with the Government of India as per provisions of Rule 6(1) of the Indian Administrative Service (Cadre) Rules, 1954, "with immediate effect".

CM Mamata Banerjee on Monday announced that Bandyopadhyay had 'retired' as the state's Chief Secretary and reappointed him as her adviser for three years, in order to counter the Centre's move. Before her decision, Banerjee had also penned a letter to PM Modi asserting that the state government will not release him. She further urged PM Modi to withdraw the order by terming it as 'unconstitutional'. Additionally, she also remarked that the Centre took the decision without seeking permission from the state administration.

However, According to the Central Government notice, Rule 6(1) of the IAS cadre rules says a cadre officer may, with the concurrence of the state governments concerned and the central government, be deputed for service under the central government or another state government. Immediately following his retirement and elevation by CM Mamata, sources had informed Republic that the Centre was mulling strong action against him, including filing a chargesheet.