200 students from 52 nations took part in a college food fest organised by Maharaja Sayajirao University in Vadodara, Gujarat, on November 22. 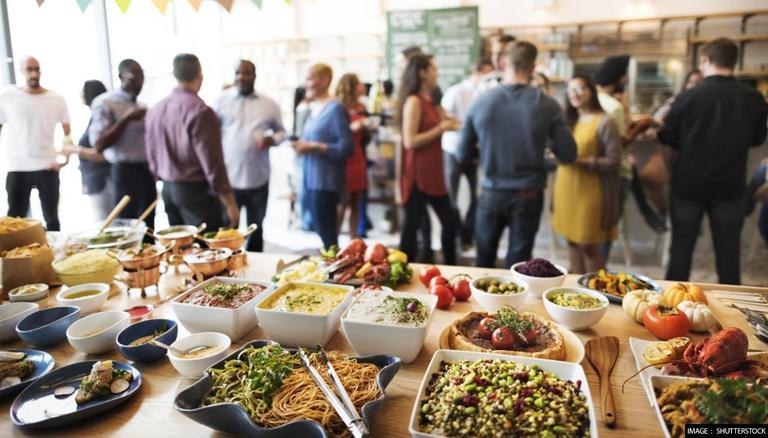 
200 students from 52 nations took part in a college food fest in Vadodara, Gujarat, on November 22. Maharaja Sayajirao University organised the festival, which drew participation from Japan, Afghanistan, Russia, Bangladesh and other 48 nations. Students from all around the world who took part in the event were able to sample diverse cuisines from various countries. Participants were supposed to prepare traditional foods. ANI reported citing Prof. Dhanesh Patel, Director of the University's Office of International Affairs, that the festival's goal is to bring the cultures of all participating countries together on a same platform.

"This food festival has been organised by MSG university's office of International Affairs. A total of 52 countries have participated in which India is also included. We have one aim that we wanted to bring the Indian culture and the culture of various parts of the world on a single platform and we wanted to see how people of various countries could live in unity with each other," he stated, according to the media agency.

On January 10, 2022, Prime Minister Narendra Modi will open the 10th edition of the Vibrant Gujarat Summit in Gandhinagar. On the first day of the three-day investors' summit, he will speak at two significant round-table talks. The first will be attended by leaders of global financial institutions, while the second will be addressed by the Prime Minister to 15 Russian governors. The first batch of Vibrant Gujarat MoUs, worth Rs 24,185.22 crore, were signed in Gandhinagar on Monday in the presence of Gujarat Chief Minister Bhupendra Patel.

The summit will have the theme 'From Atmanirbhar Gujarat to Atmanirbhar Bharat.' On January 10, Prime Minister Modi will kick off the Global Trade Show. He will lead a meeting of global financial institutions and speak to a meeting of 15 Russian governors. More than 28,500 Memorandums of Understanding (MoUs) are scheduled to be signed in the run-up to the three-day event. The GatiShakti programme, Make in India, and 13 Production Linked Investment (PLI) schemes will be the focus of discussions on January 11. On that day, a large conference for MSMEs and a roadshow would be conducted at the Helipad Grounds in Gandhinagar. On the final day (January 12), the focus will be on blockchain technologies and artificial intelligence.