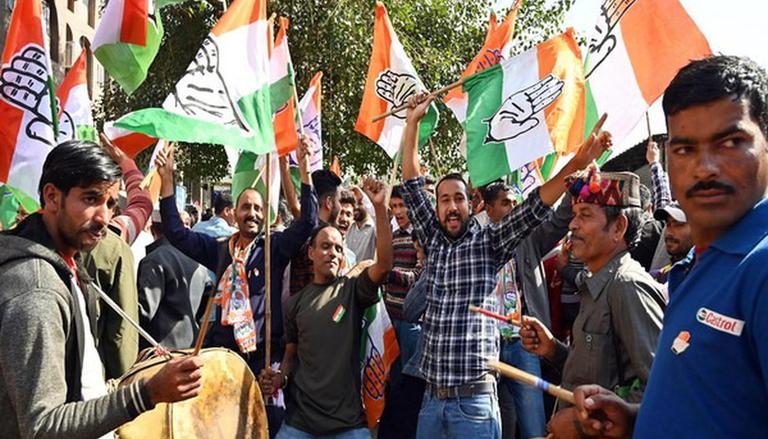 Shrivastav, the sitting MLA from Vaghodia in Vadodara district, was denied poll ticket by the Bharatiya Janata Party (BJP), leading him to contest as an Independent. He could garner only 14,645 votes and finished fourth.

Congress candidate Satyjitsinh Gaekwad could not capitalise on the three-way split in BJP votes and ended up with 18,870 ballots.

Vaghela, who hails from the Saurashtra region, had contested from Vaghodia as an independent in 2017, but was defeated by sitting MLA Shrivastav by more than 10,000 votes.

Shrivastav had held the constituency since 1995. The veteran legislator had won the seat in 1995 as an independent and later on a BJP ticket.

The constituency became a much talked about seat after the BJP surprisingly excluded Shrivastav from its official list of candidates, making it a four-cornered contest with three of the nominees being associated with the saffron outift.

In 2017, Shrivastav, or 'Madhubhai' as he is called in the constituency, defeated Vaghela, known as Bapu among his supporters, by a margin of 10,315 votes.

Five years ago, the Congress did not field a candidate and gave the seat to Bharatiya Tribal party (BTP), its then-alliance partner. However, the Congress this time fielded former Vadodara Lok Sabha MP Gaekwad.

READ | Poll results not as per our expectations: Gujarat Congress chief

This time, the Kshatriya factor played a role in Vaghela's win.

Like in 2017, Shrivastav and Vaghela, who have an image of 'dabang' (fearless) and 'bahubali' (strongmen), squared off this time too, in which the latter triumphed. In run up to elections, both rebels had said if they win, they will go with the BJP.

READ | Results similar to Gujarat will come in Telangana too: State BJP president

Congress nominee Gaekwad could not capitalise on the split in BJP votes and also did not get support from the party organisation, said political observers.

He had focussed on door to door campaigning and highlighted price rise and unemployment among other issues.

The BJP was hoping its organisational strength at zilla, taluka and gram panchayats was enough to see it through, but its candidate Ashvin Patel eventually lost to a heavyweight contestant.

Vaghodia, situated on the outskirts of Vadodara city, is an industrial belt and is a semi urban area. Seven candidates were in the fray in the constituency where voting took place on December 5.

About 60 per cent population in the Assembly segment is into farming, while the rest is employed in the industrial sector.

Vaghodia has 2,46,245 voters and its constituents are dominated by members of Kshatriya and Patel communities and other backward classes (OBC).