Gujarat Heritage: 200 Vintage Beauties To Go On Display At Lukshmi Vilas Palace; 75 Cars To Ride To Statue Of Unity

Two-hundred dazzling vintage beauties, including a 1911 Napier, a 1930 Cadillac and other rare cars will be displayed in the premises of the iconic Lukshmi Vilas Palace in the heritage city of Vadodara as part of a grand automobile show from January 6-8. 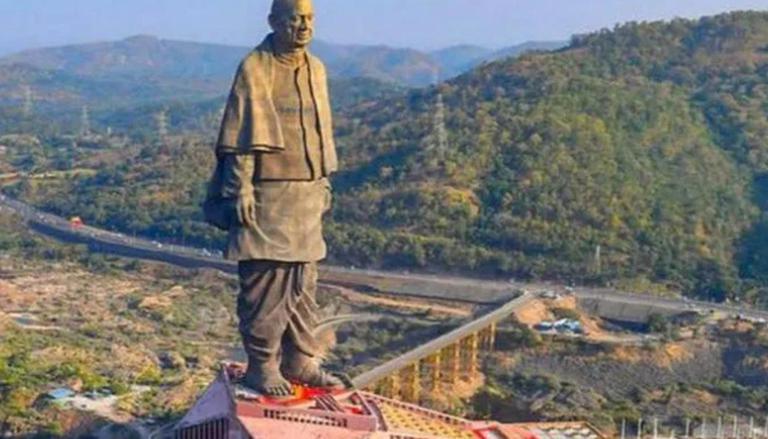 
Two-hundred dazzling vintage beauties, including a 1911 Napier, a 1930 Cadillac and other rare cars will be displayed in the premises of the iconic Lukshmi Vilas Palace in the heritage city of Vadodara as part of a grand automobile show from January 6-8.

A day ahead of the opening of the 10th edition of 21 Gun Salute Concours d'Elegance, 75 vintage cars will be flagged off from the late 19th century palace and they will wheel their way to the giant Statue of Unity at Gujarat's Kevadia, to mark the Azadi ka Amrit Mahotsav, organisers said on Tuesday.

After delighting heritage and automobile aficionados and common people alike in Delhi and neighbouring cities for over a decade, the event will now move to Vadodara and it will be hosted from January 6-8 at the celebrated Lukshmi Vilas Palace -- the palatial home of the erstwhile royal family of Baroda, they said.

This rare salute to the spirit of motoring will showcase some of the finest and most incredible, and rare cars in the world namely the 1948 Bentley Mark VI Drophead Coupe, 1932 Lancia Astura Pininfarina, 1930 Cadillac V-16, 1928 Gardner roadster, 1911 Napier etc.

"Rare cars from Edwardian and other classes, in which the oldest car participating in the concours, is from 1902, pre-war American, pre-war European, post-war American, post-war European, many rare Rolls Royce and Bentley, and other vintage beauties, including Playboy cars, special cars from Bollywood and other film industries will be showcased," a spokesperson of the organisers told PTI.

One of the highlights of the show will be a "1948 Bentley Mark VI Drophead Coupe, a single-design car that was specially made for the Maharani of Baroda," the spokesperson said.

The concours is being organised by 21 Gun Salute Heritage & Cultural Trust in collaboration with the Ministry of Tourism, and supported by the Gujarat Tourism to boost the 'Incredible India' brand, the spokesperson said.

"The 1948 Bentley Mark VI Drophead Coupe beauty has roamed around the world and sat in garages, adorned by famous collectors from America to Spain, but 21 Gun Salute successfully bought this Indian automobile, and brought it back home in 2015. Bringing back the spark and charm of the beauty was painstaking as the restoration required its parts, upholstery and even the shade of its original paint to be imported from London.

"Now, the 'Maharani car' will bask in the glory it deserved," the organisers said.

The first show under the '21 Gun Salute' banner was held in 2011, and in 2021 the event could not be hosted as the country and the rest of the world were grappling with the COVID-19 pandemic.

The tenth edition will draw 200 vintage and classic Indian marques, including 25 international cars. Besides, 120 veteran bikes will also be part of the show, organisers said.

Vintage and classic cars from the US, Switzerland, Belgium and France are also joining the show, which will include international jury members, they said.

The vintage show will showcase some of the finest and most incredible, and rare cars in the world, and it will also include, 1932 Lancia Astura Pininfarina, 1930 Cadillac V-16, 1928 Gardner roadster and 1911 Napier.

Madan Mohan, chairman and managing trustee, 21 Gun Salute Heritage & Cultural Trust, said, "The show has demonstrated rapid growth and has the potential to propel the image of India to new heights. After setting the stage in Delhi-NCR in 2011, for the 10th edition of the 21 Gun Salute Concours d'Elegance, we aimed to lift up the diversely rich heritage and history provided by India. The 2023 concours will help India establish itself as a global motoring tourism hub".