"Prima facie persons do not seem to have intended to use the drone for any harm, but police are undertaking a thorough investigation in the case," police said. 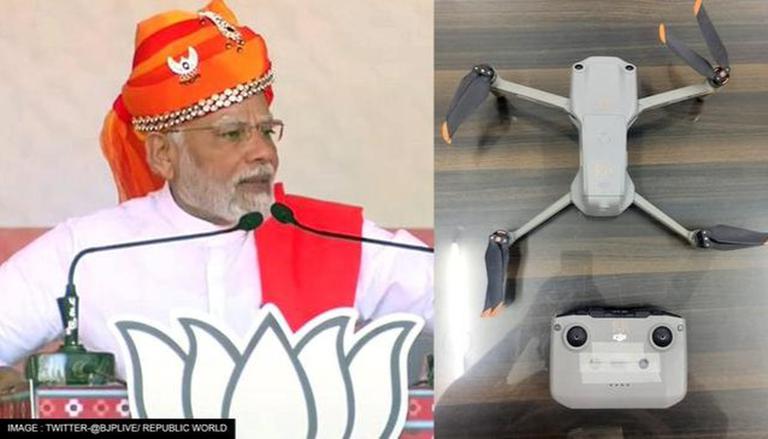 
Ahmedabad police on Thursday registered a First Information Report (FIR) for violation of the 'No drone fly zone' during Prime Minister Narendra Modi's visit to Bavla for campaigning for the Bharatiya Janata Party (BJP) ahead of assembly elections in Gujarat next month.

Ahmedabad police said that during PM Modi's rally at Bavla, three persons were doing video recording by drone camera from the main road near Sabha place. The area was notified as 'no drone flying zone' due to PM's rally.

"The entire area of two kilometres near the Sabha was notified as 'NO DRONE FLYING ZONE' by Additional District Magistrate Ahmedabad by notification serial number 77/2022 dated 23/11/2022," police said.

On apprehending, the operators of the drone took down the flying object. The Bomb Detection and Disposal Squad (BDDS) team inspected the drone and confirmed that it was only for filing and did not have any other harmful objects.

The three accused were arrested and booked under the Indian Penal Code Section 188. The FIR was registered against them. The accused told police that they had no idea about the area being a no-fly zone.

READ | It's time to generate income from electricity than getting it for free: PM Modi in Gujarat

"There are no police records or previous criminal history of the persons. They are persons are not associated with any political party or organisation. Prima facie the persons do not seem to have intended to use the drone for any harm, but the police is undertaking thorough interrogation and investigation in the case," police said.

Addressing a rally at Bavla village, PM Modi alleged that villages in Gujarat remained neglected as the previous Congress governments did not follow Mahatma Gandhi's values.

"Mahatma Gandhi used to say that the soul of India resides in its villages. But Congress leaders never cared to follow such Gandhian values. They actually crushed that soul. Villages remained neglected and their true potential was never realised," he said.

He stated that the BJP, after coming to power, focused on providing amenities like tap water and electricity in villages so that people need not move to cities for want of such facilities.