The Supreme Court on Friday transferred the civil lawsuit filed by Hindu devotees on Gyanvapi masjid from civil judge to district judge, Varanasi. 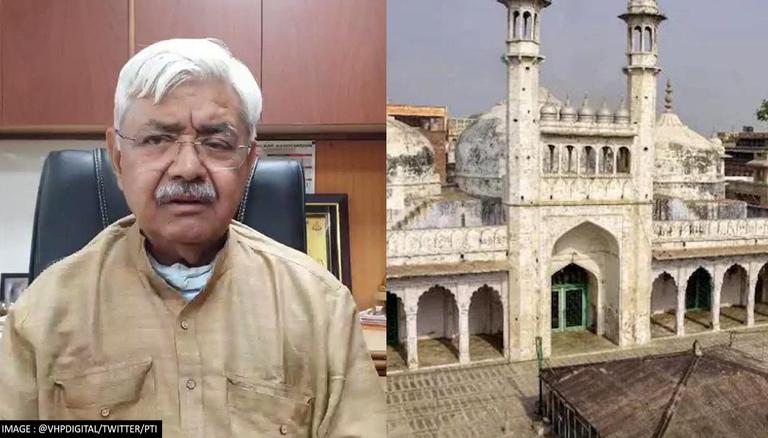 
Vishwa Hindu Parishad (VHP) working president Alok Kumar on Friday agreed with the Supreme Court that the Gyanvapi row is complex and it requires a senior and experienced judge. He was also optimistic that the Hindu side will be able to prove the 'Shivling' claim.

"We agree with SC that this issue is complex and this requires a serious and experienced judge. Court has said the district court will look into it. We agree with the supreme court," Kumar said.

'Convinced it's a Shivling'

He was hopeful that the Hindu side will be able to prove that 'Shivling' found inside the Gyanvapi mosque is one of the jyotirlingas. "We are convinced from the size of Shivling, from the fact that Nandi is looking at it and from where it has been found that it is the original jyotiling," he said.

READ | Gyanvapi survey photographer says 'No proof of fountain, it looks like Shivling'

On the Muslim side claiming in the court that the survey 'interdicted' the Places of Worship (Special Provisions) Act 1991, the VHP leader said, "I do not believe that 1991 Act will be effective on this. Because the act said that if the religious place works on another act that this act is not effective."

READ | Gyanvapi row: Muslim side refutes 'Masjid built on temple' claim; says it is against Islam

The Supreme Court on Friday transferred the civil lawsuit filed by Hindu devotees on Gyanvapi Mosqie from civil judge to district judge Varanasi. The court also made a crucial observation that the process to ascertain the religious character of a place of worship is not barred under the 1991 Places of Worship Act.

The court has also directed the district judge to take the Mosque committee's application under Order 7 Rule 11 of CPC (on maintainability of plea) on priority.

The top court said that its interim order protecting the 'Shivling' site and access to Muslims to offer Namaz in the Mosque will remain effective until the maintainability of the plea is decided by the district court and thereafter for eight weeks to let aggrieved parties approach the high court.