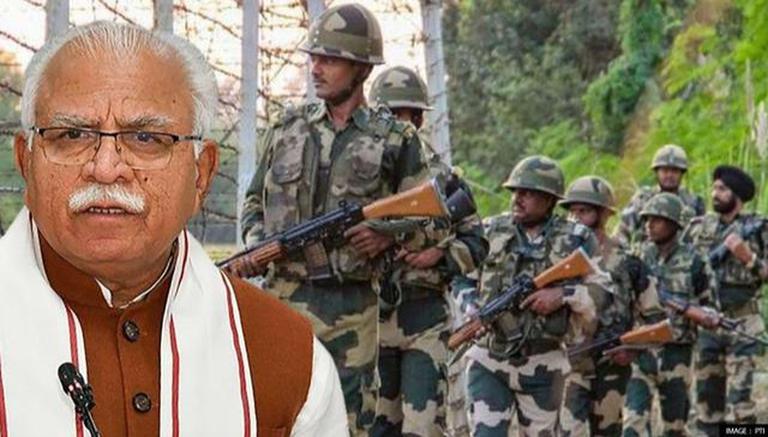 
Joining the bandwagon of several states which announced benefits to cadets who will be enrolled under the Agnipath scheme, Harayana Chief Minister Manohar Lal Khattar on Tuesday, June 21, promised job opportunities in the state for Agniveers who return after serving their 4-year term in the Army. This comes at a time when protests against the recently-announced military recruitment scheme are raging across states like Uttar Pradesh, Telangana and Bihar.

He had earlier said, "The youth of the state have the zeal to serve the country and this is the reason that Haryana has the highest number of youths serving in the Army."

Amid the raging protests against the Centre’s Agnipath Scheme, Uttar Pradesh Chief Minister Yogi Adityanath has assured the youth that on successful completion of their four-year-term course, the state govt will consider them in top priority for police and allied forces jobs. Taking to Twitter, he wrote, "@UPGovt assures that 'Agniveers' post their service will be given priority for accommodation in Police & Police Allied Forces."

Meanwhile, Uttarakhand Chief Minister Pushkar Singh Dhami held a press conference on June 16 at Vidhan Sabha on the Agnipath recruitment scheme. Dhami said, "Agniveers (75% of Agniveers who would be relieved after 4 years of service from armed forces) would be inducted into Uttarakhand police, Disaster management & Char Dham management of the state".

On June 17, Assam CM Himanta Biswa Sarma announced that those who come back from the 'Agniveer' program after 4 years, will be prioritized in the Assam Arogya Nidhi initiative.

Arunachal Chief Minister Pema Khandu assured state government jobs and police jobs to the soldiers who complete their stint in the armed forces.

The Centre on Tuesday, June 14, unveiled its new Agnipath scheme for recruiting soldiers across the three services for a four-year period followed by compulsory retirement for most without gratuity and pension benefits.

Defence Minister Rajnath Singh and the three service chiefs on Tuesday announced the enrollment of the scheme which will be all-India and all-class and will form a distinct rank in the armed forces, besides having distinctive insignia.