Following the Karnal lathicharge incident, Haryana Home Minister Anil Vij on Thursday said that the government is ready for a probe into last month's clash. 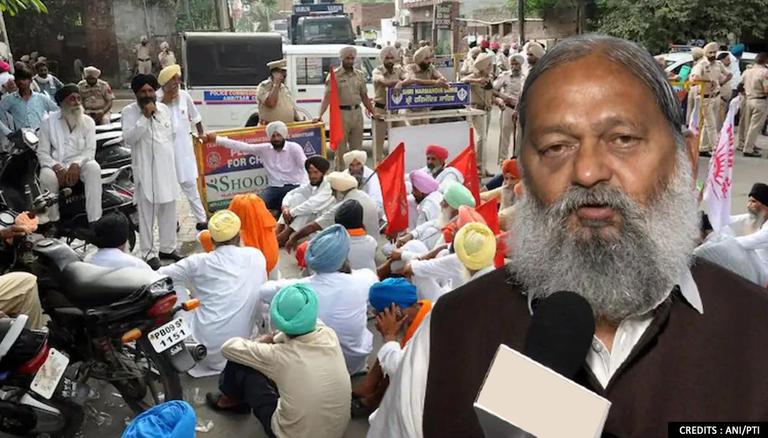 
Following the Karnal lathicharge incident, Haryana Home Minister Anil Vij on Thursday said that the government is ready for a probe into last month's clash between farmers and police. Speaking further, the Haryana Home Minister said that the farm leaders could also face action if they are found to be at fault. Anil Vij has offered an "impartial inquiry" as the farmers continue to protest outside the Karnal district headquarters for the third consecutive day, demanding justice.

Remarking that nobody can be hanged without a probe just because someone demands it, Anil Vij said that the Haryana government is ready for an impartial probe. He further said, "This will not only be related to former Karnal SDM Ayush Sinha, but the entire Karnal episode." If farmers or their leaders are found guilty, then whatever action is deemed fit will be taken, he added.

Stating that only "genuine" demands of protesting farmers in Karnal can be accepted, the Haryana Home Minister said, "We cannot hand anyone because someone says so… Is the country’s IPC (Indian Penal Code) different and the farmers’ IPC different?"

Referring to the demand of suspending the IAS officer, Vij said that "it cannot be like this and punishment is always given as per the offence committed. To find out the offence, a probe has to be conducted."

Earlier, a large number of protesting farmers thronged the gates of the Karnal district headquarters. The gherao saw thousands of farmers from Haryana and neighbouring states riding tractors and motorcycles and arriving at Karnal’s New Anaj Mandi for the 'Mahapanchayat'. The gathering is being held in protest of the alleged lathi charge by Haryana Police against farmers on August 28.

As farmers marched on foot from the Mahapanchayat venue to the mini-secretariat just five kilometres away, water cannons were used against the large crowds when they reached neared the complex. The local administration had previously invited an 11-member delegation to discuss their demands and dissuade them from advancing towards the secretariat.

Congress has come down heavily at the temporary suspension of the telecom services in 4 districts of Haryana. Slamming Manohar Lal Khattar, Congress general secretary Randeep Singh Surjewala remarked, "Whenever a dictator is afraid, he shuts down the internet."