Senior IAS officer Ashok Khemka, who built a reputation as an upright officer during his three-decade career -- highlighted by over 50 postings -- has written to Haryana Chief Minister Manohar Lal Khattar and offered to "to root out corruption" with a stint in the Vigilance department. 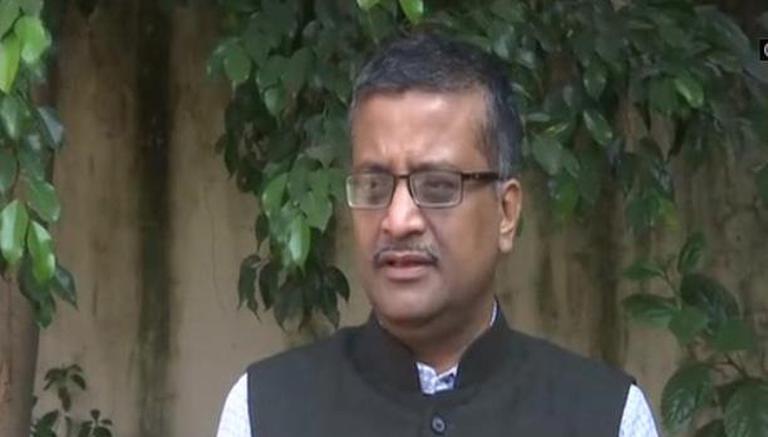 
Senior IAS officer Ashok Khemka, who built a reputation as an upright officer during his three-decade career -- highlighted by over 50 postings -- has written to Haryana Chief Minister Manohar Lal Khattar and offered to "to root out corruption" with a stint in the Vigilance department.

In his letter to Khattar, Khemka -- whose professional life has been marked by controversies and frequent transfers, often to departments seen as unimportant -- said he sacrificed his service career in his zeal to end corruption.

While there is not enough work in his present posting -- the Archives department -- some officers are overloaded with multiple charges and departments due to which they are always fire-fighting, Khemka pointed out.

In the letter dated January 23, Khemka wrote "lopsided distribution of work does not serve public interest".

On January 9, the Haryana government transferred Khemka -- his 56th posting in a career spanning about 31 years.

The 1991-batch Haryana-cadre Indian Administrative Service (IAS) officer came to the national limelight in 2012 when he cancelled the mutation of a Gurugram land deal linked to Congress leader Sonia Gandhi's son-in-law Robert Vadra.

Mutation is part of the process to transfer ownership of a piece of land.

In his letter to the chief minister, Khemka offered his services to head the Vigilance Bureau "to root out corruption".

"As you know, corruption is all-pervasive. When I see corruption, it hurts my soul. In my zeal to root out the cancer, I have sacrificed my service career. Without rooting out corruption as per stated government policy, the dream of a citizen to achieve his true potential can never be realised. He will be reduced to fighting for survival on a daily basis," he wrote.

He mentioned that he has always been at the forefront in the fight against graft and Vigilance is the main arm of the government to root out corruption.

"Towards the end of my service career, I offer my services to head the Vigilance department to root out corruption.

"If given an opportunity, I assure you there would be real war against corruption and no one however high and mighty will be spared," wrote Khemka.

He wrote that the Supreme Court, in the 1987 'PK Chinasamy versus Government of Tamil Nadu and Others' case, held that a public officer should be given posting and work commensurate to his status.

He mentioned that the department's annual budget is a meagre Rs 4 crore -- "less than 0.0025 per cent of the total state budget".

"My annual salary as an additional chief secretary is Rs 40 lakh, which in itself is 10 per cent of the department's budget," he added.

Besides, the time required in the Archives is not more than one hour-a-week, he wrote.

"On the other hand, some officers are much overloaded with multiple charges and departments, due to which they are always engaged in firefighting.

"A lopsided distribution of work does not serve public interest. The Civil Services Board must be allowed to function as per the Statutory Rules and make prior recommendations to you, taking into account the integrity, competence, and intellect of each officer," wrote Khemka.

The transfer to the Archives department came days after Khemka wrote to Chief Secretary Sanjeev Kaushal, indicating that he didn't have work following the merger of the Science and Technology department into the Higher Education department.

During the past decade, Khemka has been posted in departments often seen as unimportant. Over his entire career, on an average, he has been transferred about every six months.

This is the fourth time that Khemka has been posted to the Archives department -- three of these stints have been during the tenure of the BJP-led government.

He earlier served as director general and later principal secretary of the Archives department. Khemka was first transferred to the department in 2013 when the Congress was in power.

Khemka has, in the past, indicated some disappointment over having been "left behind" in his career.

After a round of promotions last October, he tweeted, "Congratulations to my batchmates newly appointed as Secretaries to GOI! While this is an occasion for merry, it brings equal measure of despondency for one's own self having been left behind.

"Straight trees are always cut first. No regrets. With renewed resolve, I shall persist."