'He Was Not Under Debt,' Says Deputy CM Of Rajasthan Sachin Pilot After Suicide Note Of Farmer Accuses Him Of His Unfulfilled Loan Waiver Promise

In the first response to the suicide of the farmer in Thakri village in Rajasthan's Sri Ganganagar district who has blamed the Congress' government's unfulfilled promise of loan waiver for his death, Deputy CM of the state Sachin Pilot said that it is a very sad incident.

In the first response to the suicide of the farmer in Thakri village in Rajasthan's Sri Ganganagar district who has blamed the Congress' government's unfulfilled promise of loan waiver for his death, Deputy CM of the state Sachin Pilot said that it is a very sad incident.

Briefing the media on Tuesday, Pilot said: " I have also seen media reports, it is a very sad incident. Police are investigating but as per information till now, that farmer was not under debt."

He also claimed that all the debts from a cooperative bank are already waived off and the Congress government is negotiating with a commercial bank. He also added that CM Gehlot has announced the waiver of 18 thousand crores. We are trying to strengthen farmers all over the country. It is absolutely unacceptable to us. The government of Rajasthan is committed to fulfill teh promises we have given in our manifesto. 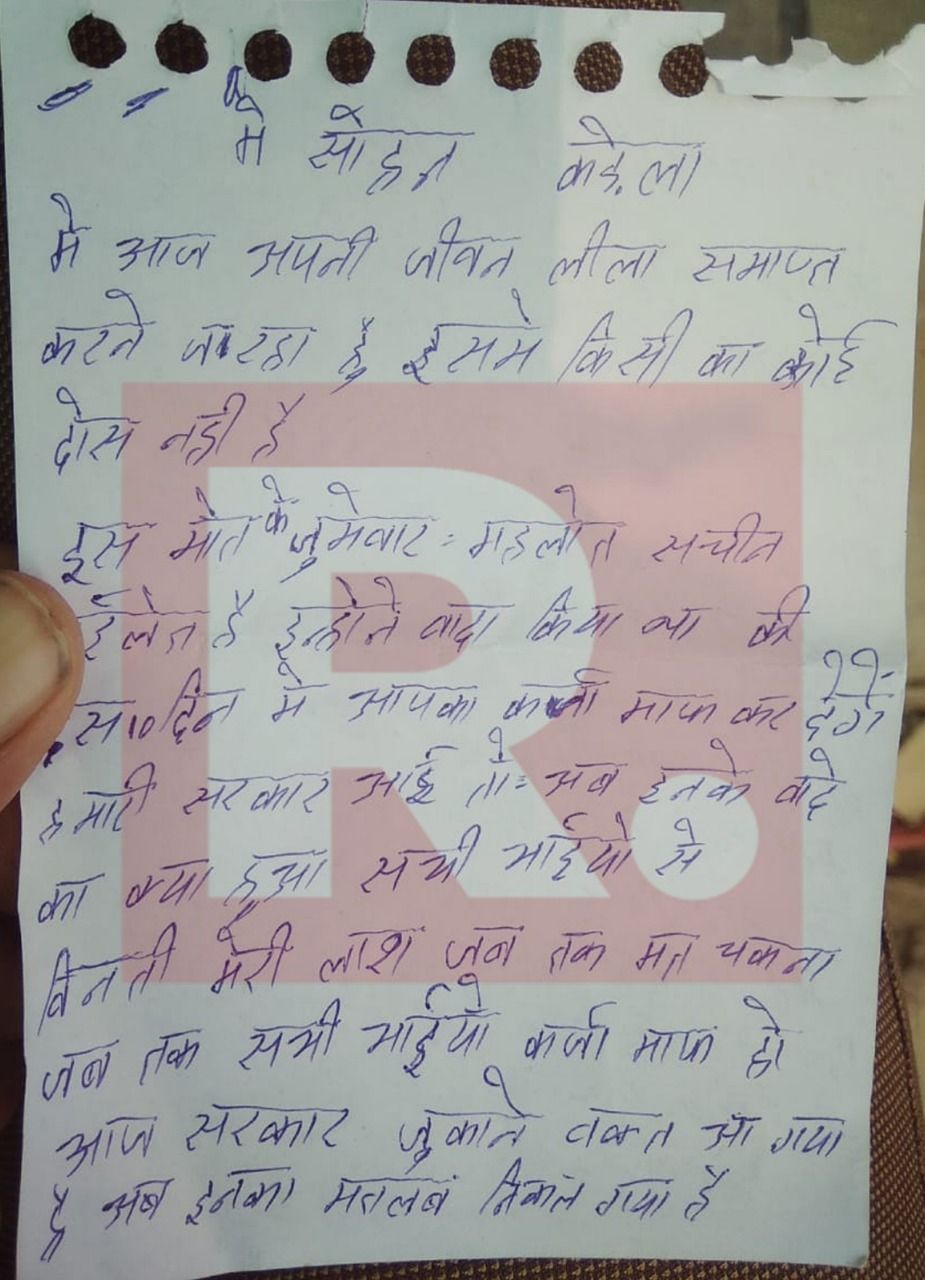 IMPACT: After Republic's #OperationKarzMaafi Expose, PM Modi Hits Out At Congress Party Over Its Betrayal To Farmers On Loan-waivers; Says 'citizens Won't Forgive'