Union Health Minister Mansukh Mandaviya will meet with the Delhi administration on Monday to assess the dengue situation in the national capital. 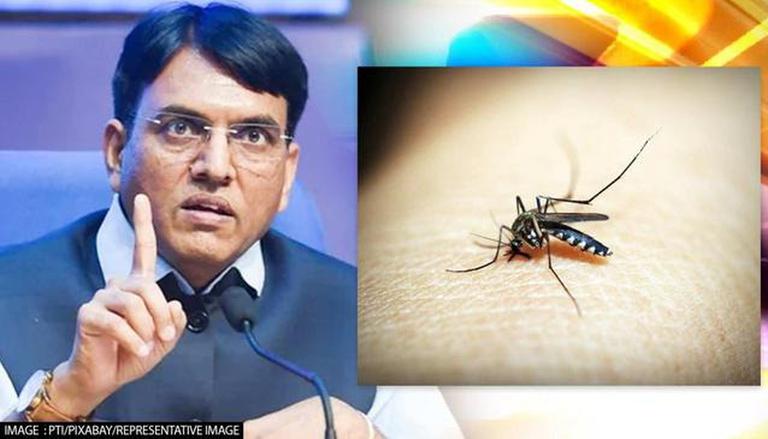 
Union Health Minister Mansukh Mandaviya will meet with the Delhi administration on Monday to assess the dengue situation in the national capital and discuss how the Centre can help in reducing the number of cases. "Dengue has witnessed a surge in dengue cases and Health Minister Mansukh Mandaviya will review the situation with the Delhi government and also provide assistance in curbing the rise in cases," an official source told PTI. The meeting will also include representatives from the National Center for Disease Control and the National Vector Borne Disease Control Programme. Dengue fever is on the rise in the nation's capital.

According to a civic report released on Monday last week, Delhi has reported over 1,000 cases of dengue fever this year, with more than 280 instances in the last week. 665 cases of dengue fever have been reported in the first 23 days of this month alone. On 18 October, the city saw its first mortality due to the vector-borne sickness of the season.

Earlier this month, it was reported that hospitals in Delhi were seeing an increase in dengue cases as the number of patients from the national capital and surrounding areas such as Uttar Pradesh continued to rise. Senior Consultant of the Department of Medicine at Sir Ganga Ram Hospital, Dr Pooja Khosla, remarked, "A lot of younger patients are coming with dengue fever and dengue haemorrhagic fever and a lot of them are unaware of the fact that they have dengue before. Once their IGG levels are being checked it gets revealed."

Meanwhile, according to an official statement, vector-borne diseases like dengue, chikungunya, and malaria have been designated as notifiable diseases under the Epidemic Diseases Act. The announcement makes it mandatory for all hospitals to report any such cases to the government. Areas, where vector-borne diseases are spreading, will be recognised and declared 'infected' or 'threatening' based on data provided by hospitals. Individuals or institutions caught not following necessary precautions or not reporting authorities about cases would face legal consequences, according to the statement.